Mike, Liverpool Liz, and Jean-Marc con­sumed a bot­tle of wine each the night we arrived, owing to good spir­its and good friends. The result of this meant our sub­ject was­n’t in top form to be filmed or inter­viewed, so we spent the day loca­tion scout­ing in near­by towns instead. This includ­ed Achiltibuie, which had a post office about the size of my bed­room, open only from 9:00am–12:30pm. Not that Ullapool itself is much big­ger, at around 1200 inhab­i­tants. The air here is won­der­ful.

I got to use Mike’s beau­ti­ful lit­tle Canon EF 35mm f/1.4 L prime, which is a lens I’d nev­er buy for myself, or even con­sid­ered using before because the focal length is between where I like to be. But it’s per­fect for land­scapes and tack sharp. 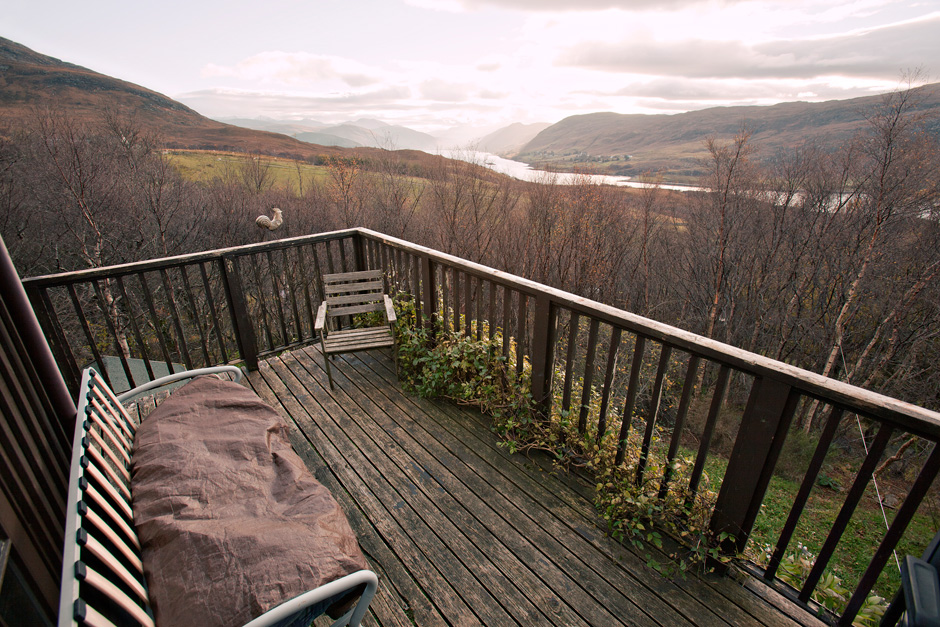 The view from the back porch of Jean-Marc’s rus­tic house, nes­tled on the edge of Ullapool. A great thing to wake up to. 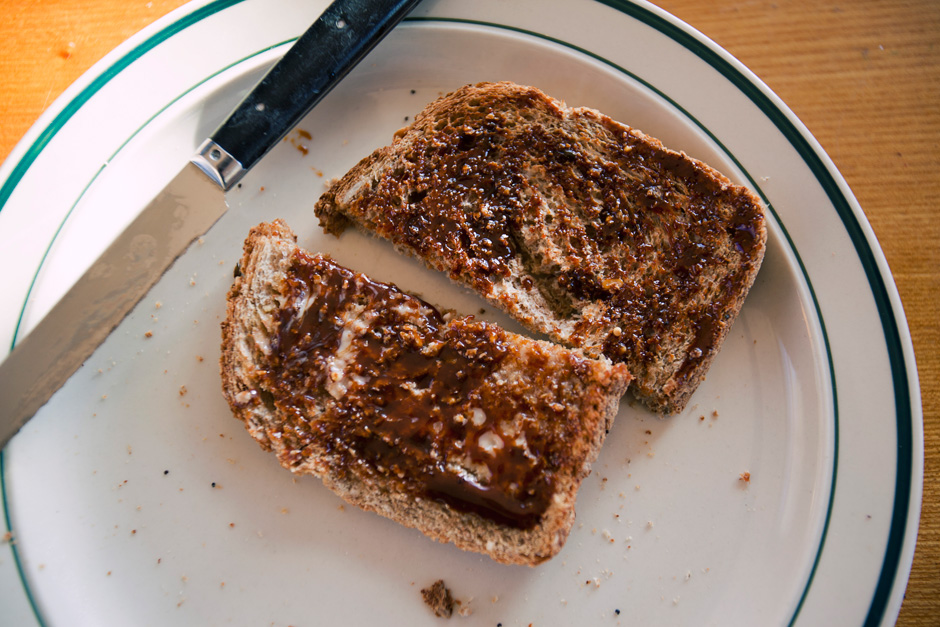 I’d want­ed to try Marmite for years now, but nev­er took the plunge to com­mit myself to an entire bot­tle of the yeast extract (as small as they are) in case I did­n’t like it; it’s the only condi­ment I know that has the rep­u­ta­tion of polar­iz­ing peo­ple into lov­ing it or hat­ing it. When I told Mike that I’d nev­er tried Marmite, he said I was prob­a­bly bet­ter off for it, but that I did­n’t damp­en my desire to try.

It tastes like what I imag­ine soya sauce tastes like when it goes bad, the water evap­o­rates, and forms mould: a super salty, bit­ter paste. I put some on two slices of bread, both with and with­out but­ter, as I was told the but­ter should pre­vent the taste from hit­ting me too hard, but I could­n’t tell the dif­fer­ence. The Marmite far over­pow­ered else. Certainly an acquired taste that I would­n’t mind try­ing again…in 15 years. 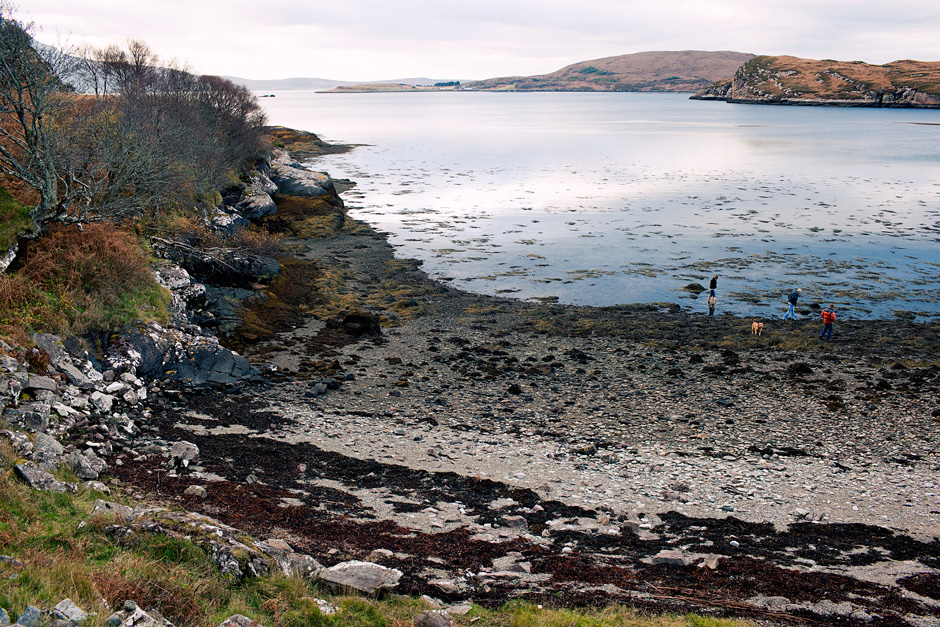 Looking for “win­kles”, short for the com­mon peri­win­kle, a type of edi­ble sea snail found under rock and foliage. 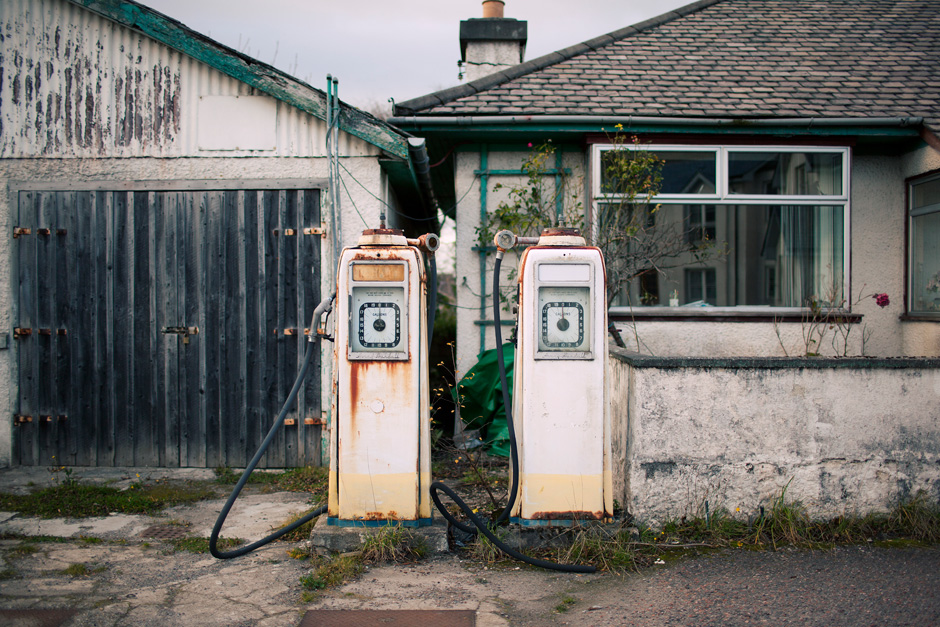 These old gas pumps were found on the edge of town. I guess the town decid­ed that they weren’t going to use them any­more, so they just left them aban­doned instead of tear­ing them down. Not like they’re short on space around here. 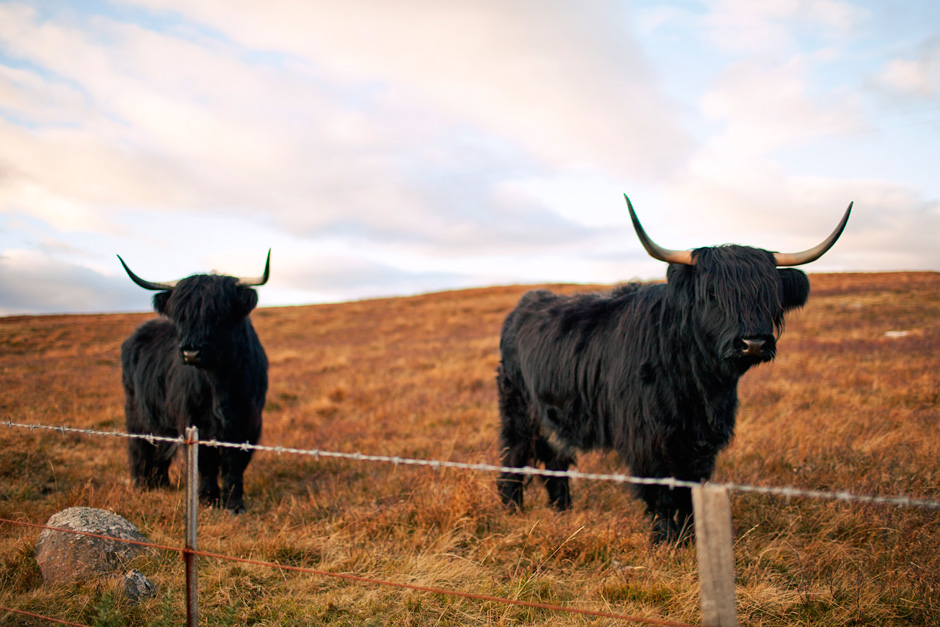 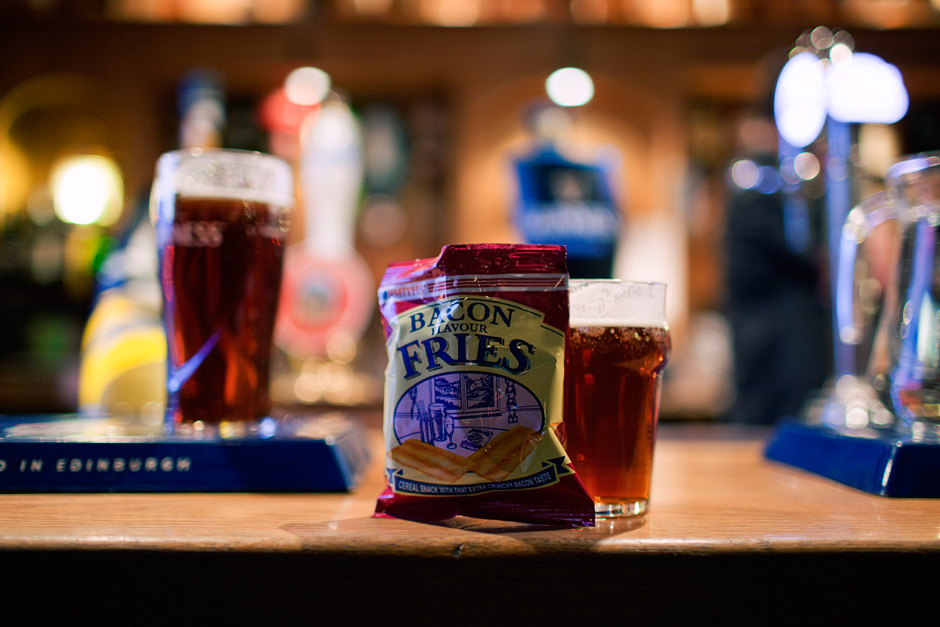 Hair of the dog. For me, a half-pint of bit­ters. The con­struc­tion work­ers would stop by and grab a pint. I thought it was cause they were off work, but they were just com­ing in when­ev­er they were thirsty in the mid­dle of their job.

Also, a bag of “Bacon Flavoured Fries”, which is sort of like sour cream and bacon Ruffles, pack­aged into a small bag as pub fare. 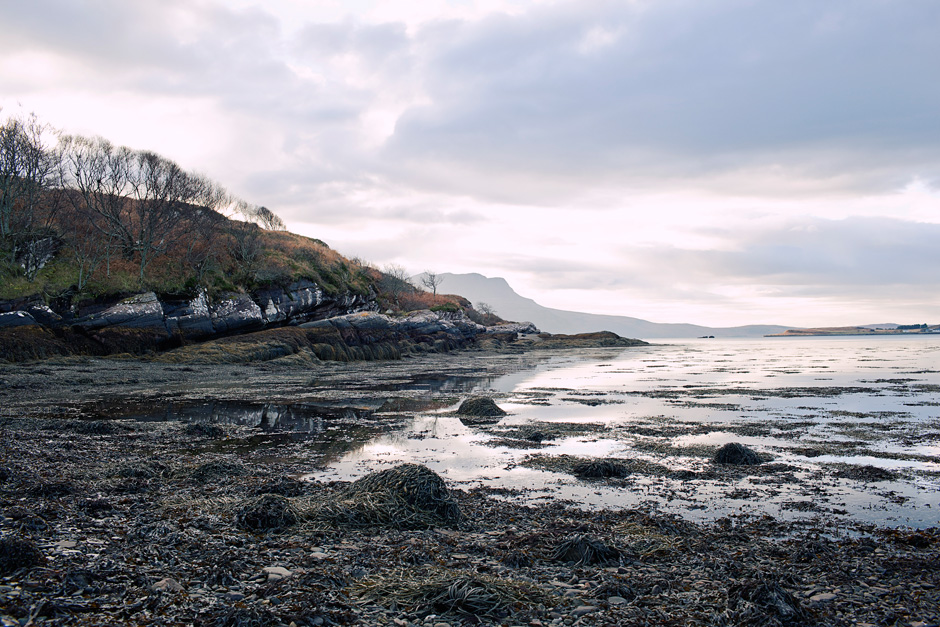 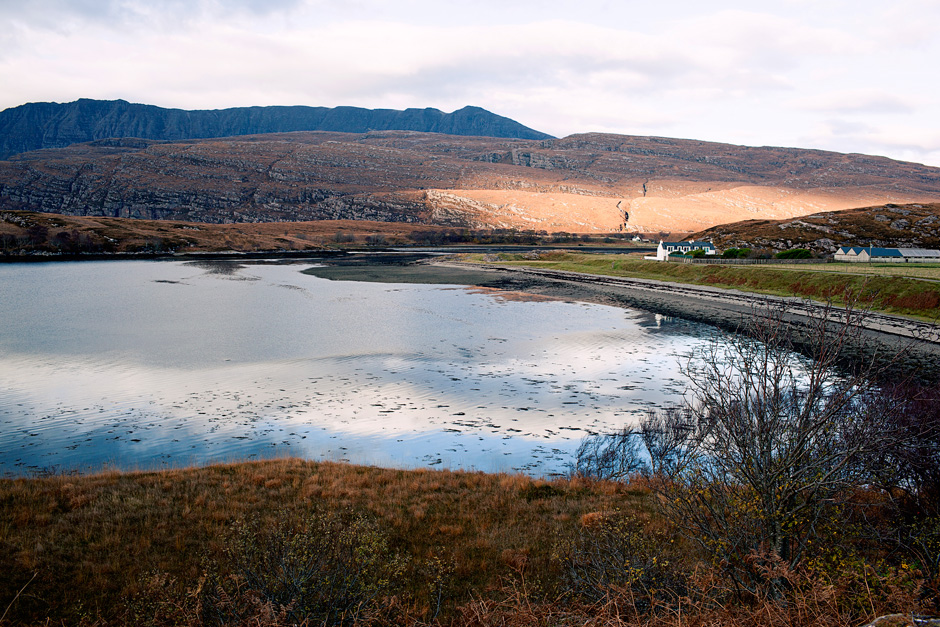 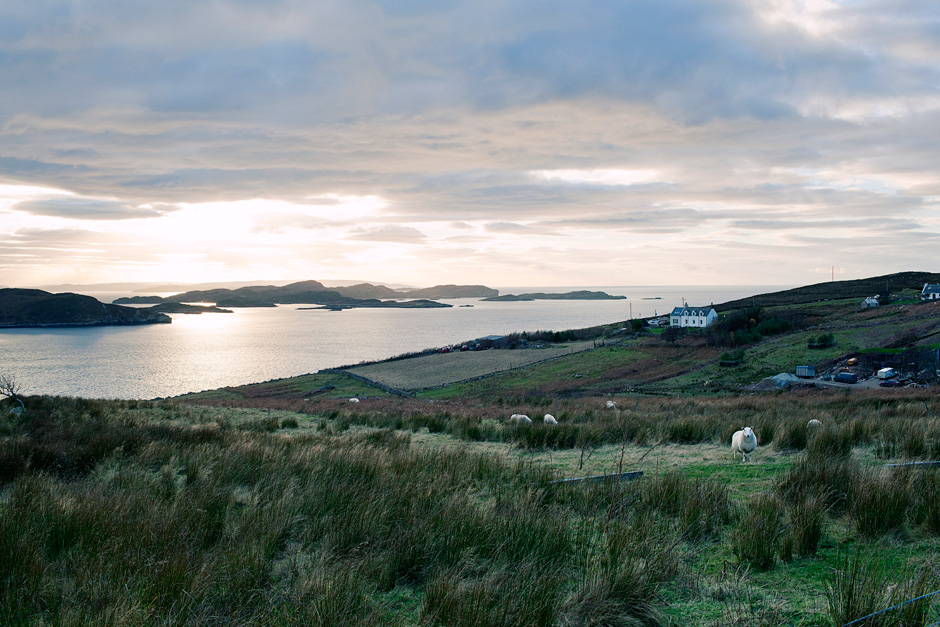 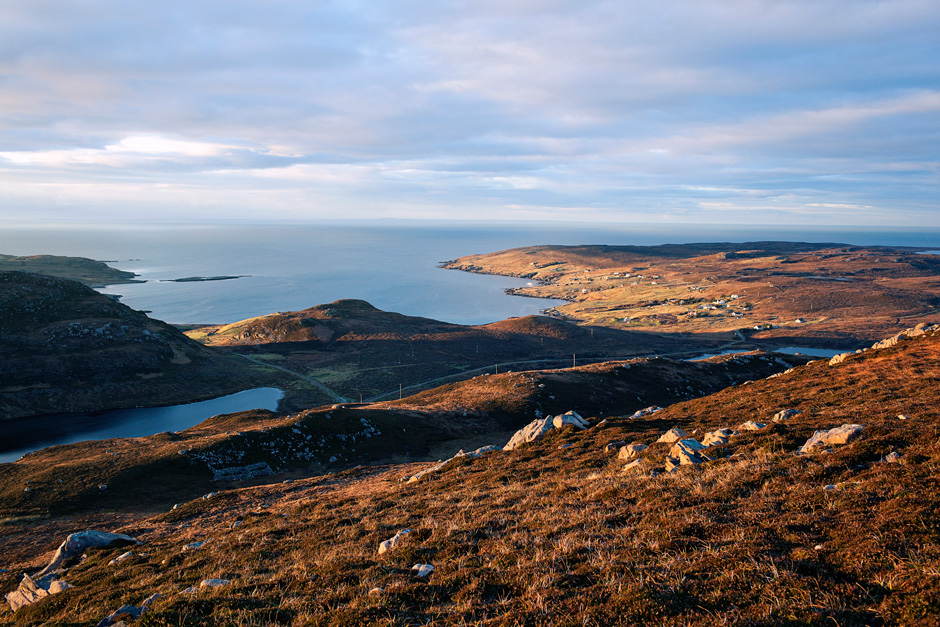 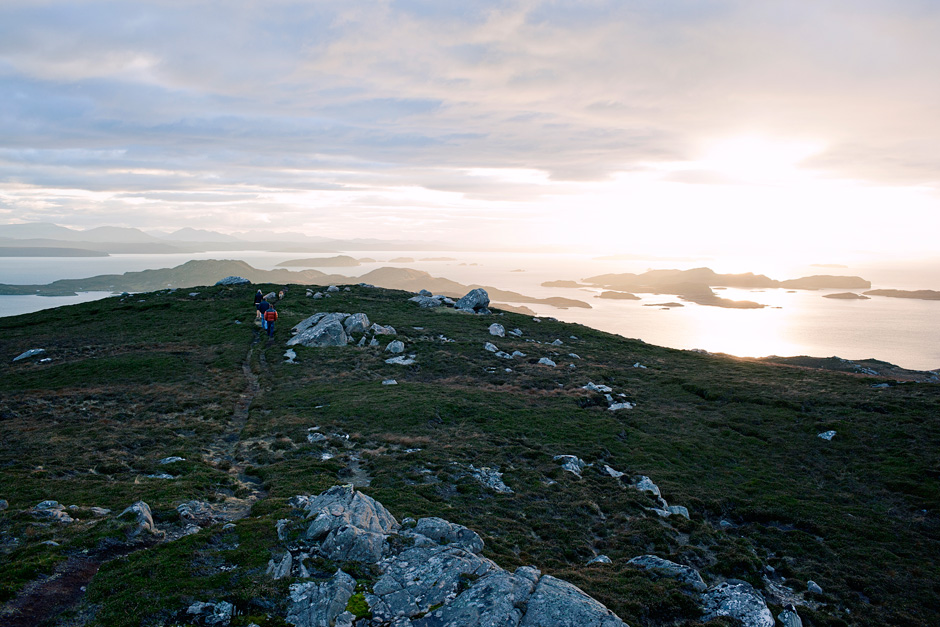 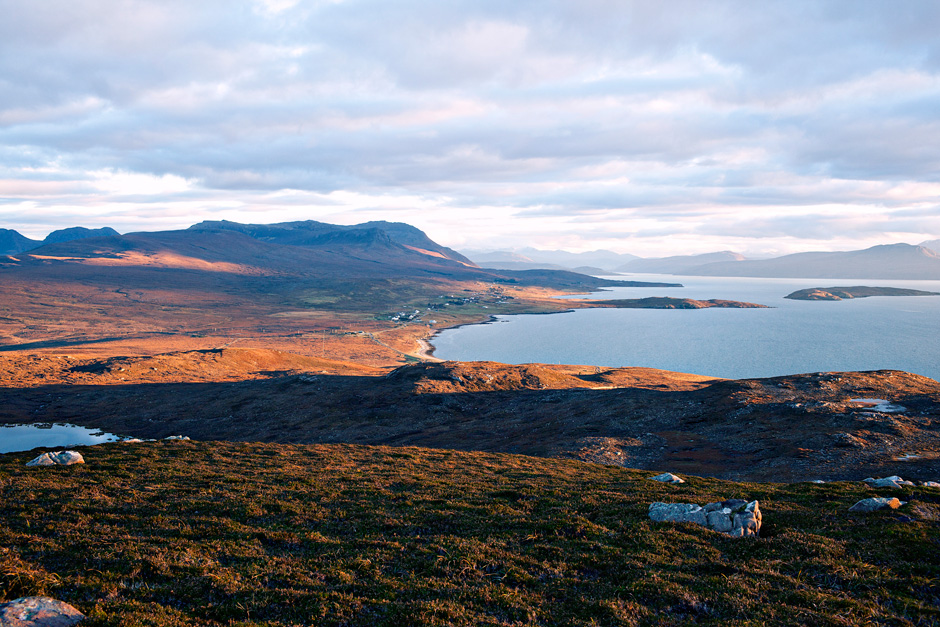 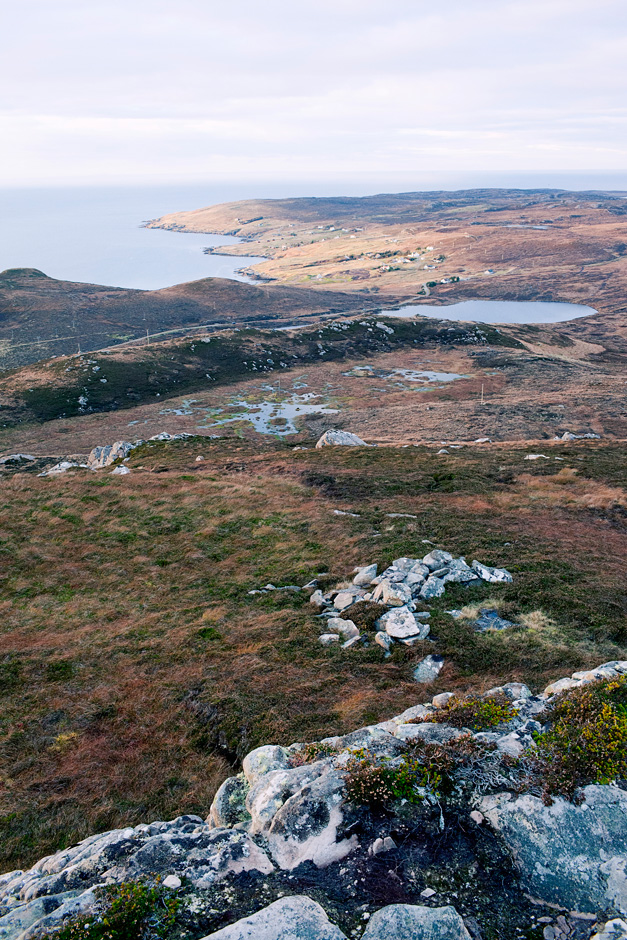 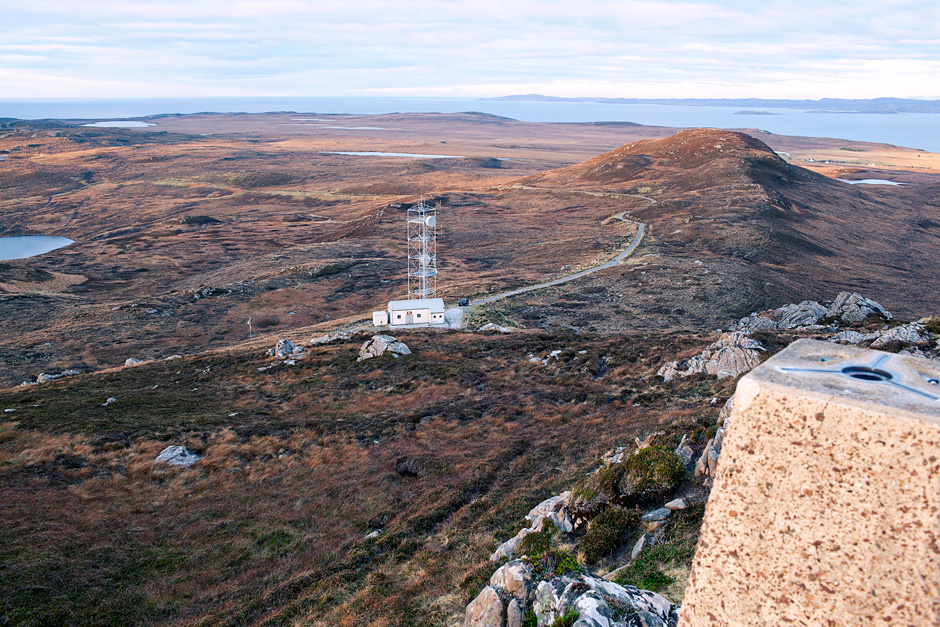 At the top of this lit­tle moun­tain (marked by the con­crete block that isn’t vis­i­ble from the bot­tom). The lit­tle black square on the road at the base of the tow­er is the Range Rover. It did­n’t look like a tall climb, but at such an angle you tend to get real­ly tired. Also, when you’re up this high, it’s very windy and cold, which makes for very dif­fi­cult pho­tog­ra­phy (and is also why I’m wear­ing my hood). 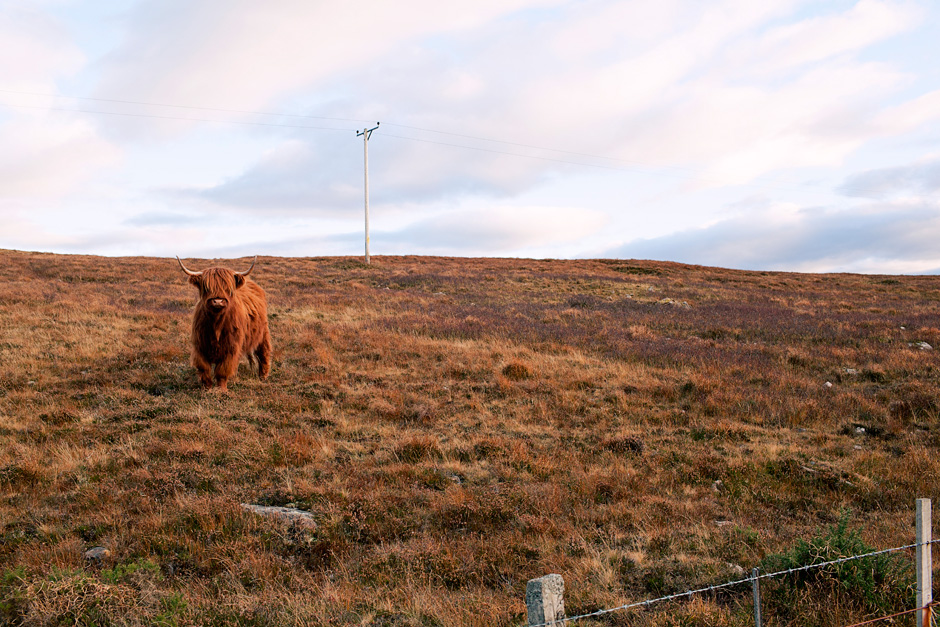 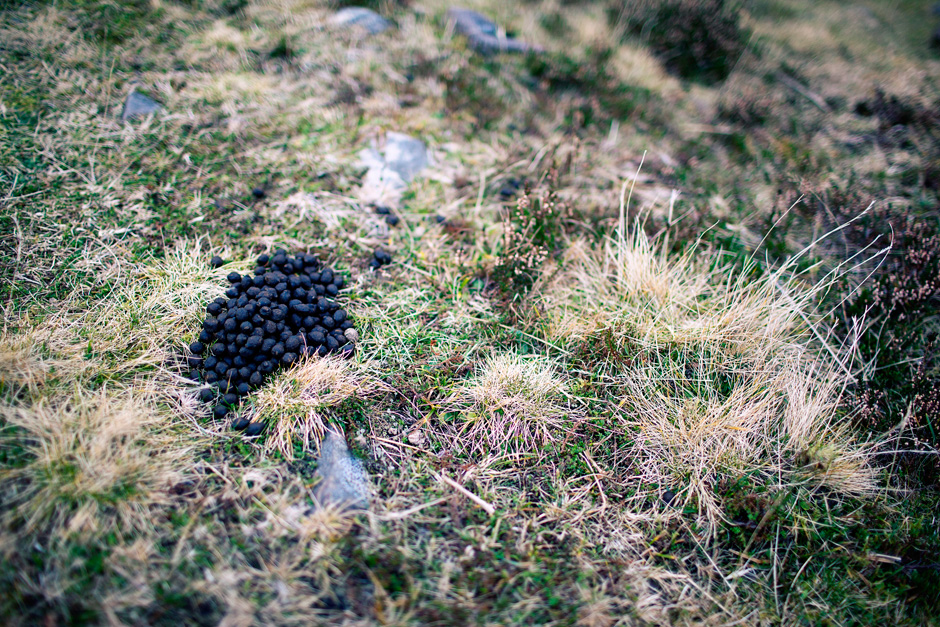 I can’t fig­ure out what the fuck kind of ani­mal would poop pel­lets so small, yet in piles so big. 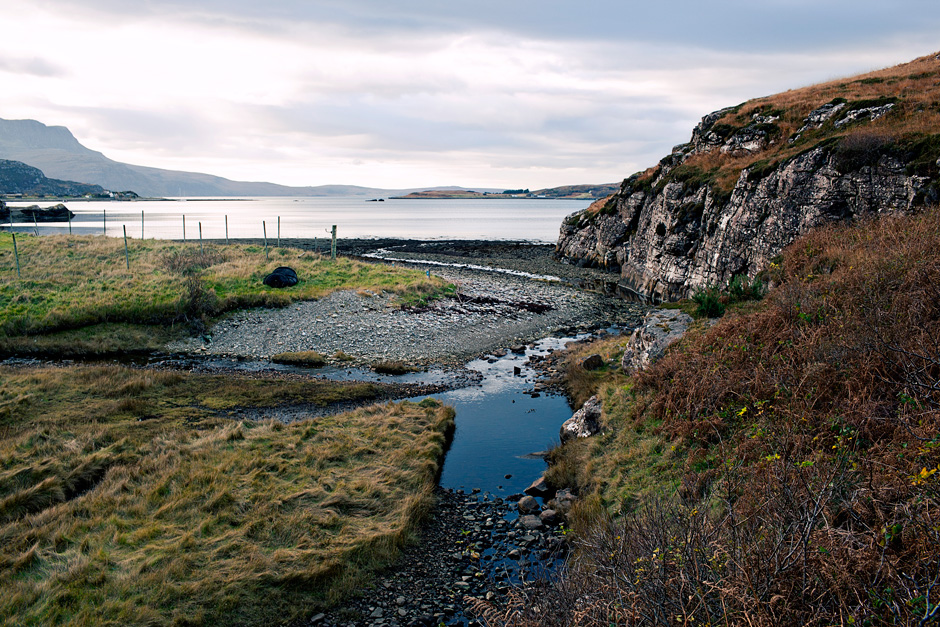 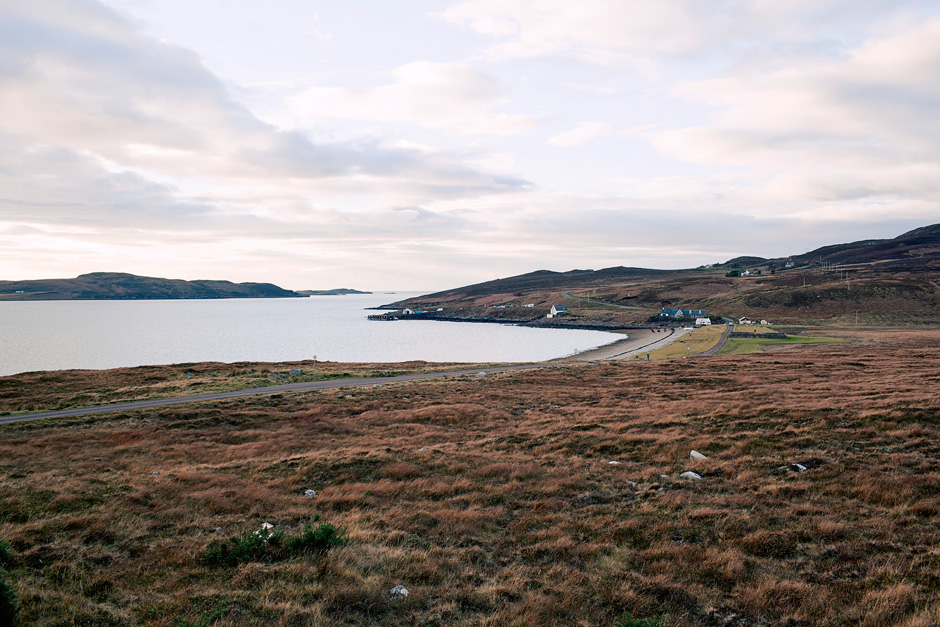 There were lots of sin­gle-lane roads here, with extra slabs of con­crete at cer­tain inter­vals so one direc­tion can pull to the side. And just as often is a wave from the oth­er dri­ver.