The days go on con­tin­u­ous­ly, mea­sured in beats-per-minute. Winter’s here in all it’s bright glo­ry, but the sun sets a lit­tle lat­er every day, mark­ing the change of sea­sons. It’s the only way for me to keep track of the pass­ing time.

So many days are spent alone, yet I don’t feel lone­ly. The only prob­lem with iso­la­tion is that it lets me spend too much time with my own thoughts. This, com­bined with my intro­vert­ed ten­den­cies (which means my stim­u­la­tion comes from mem­o­ries), makes me feel like I’m trapped in the past. I sup­pose it’s not all bad, but it cer­tain­ly does make it hard­er for me to heal. 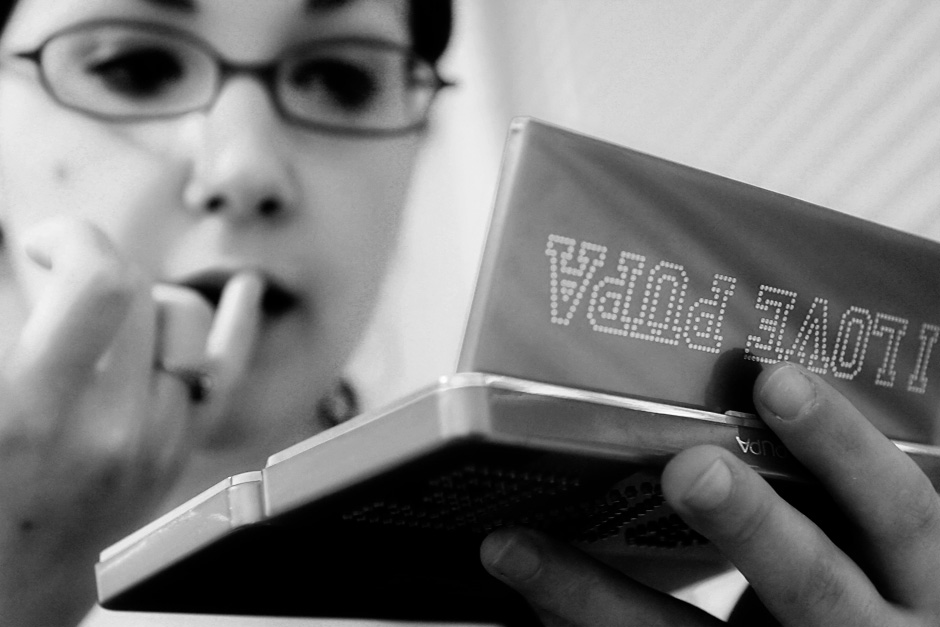 I don’t know what to write. There isn’t the same strug­gle or need to vent. I find myself sit­ting and star­ing at a blank screen for hours at a time. It’s not like I feel the need to say some­thing for the sake of it. There are still thoughts and ideas that linger, things to get off my chest, but they’re either too too sim­ple to men­tion, or too com­plex to put down.

It’s strange to see this path laid out before me. I could wan­der off and explore new things, but I’m still too com­fort­able.

Things don’t change, but I don’t think I mind so much any­more.

Bronwen final­ly get­ting a cell phone (with an unlim­it­ed text mes­sag­ing plan) has been the source of much amuse­ment.

Bronwen and I agreed to a mar­riage pact, where we would mar­ry each oth­er if we weren’t in a rela­tion­ship by a cer­tain age. The thing is, she’s six years younger than me, so we decid­ed that her expi­ra­tion date is 35, and mine 41, because it’s eas­i­er for men to date/marry than women, at an old­er age.

Note how I did­n’t say “easy”. Heaven knows I had a hard enough time with dat­ing in my teens. And twen­ties. And prob­a­bly 30s.

According to her, we also have a sui­cide pact, even though I have no rec­ol­lec­tion of this. The only rea­son I can think of agree­ing to that is if large parts of the world were destroyed by mete­ors, lead­ing to the col­lapse of the eco­nom­ic sys­tem, cre­at­ing anar­chy, and reduc­ing every­one to hunter-gath­er­ers.

Bronwen and I are most cer­tain­ly not hunter-gath­er­ers, and we’d prob­a­bly suf­fer unbear­ably just try­ing to sur­vive, or be killed soon after because we’re too naive or com­pas­sion­ate for a dog-eat-dog world. The thing is, if that hap­pened I’d try to join forces with Pat and Jen, because they always have every­thing togeth­er1. So maybe if they were also killed by this cos­mic hail­storm, then it would still be an option. 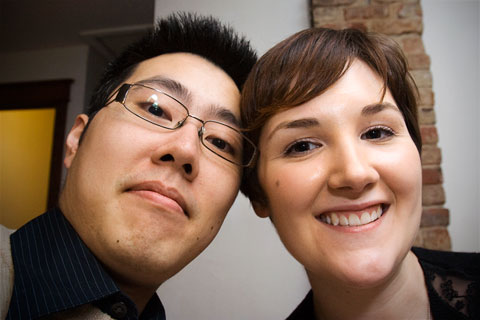 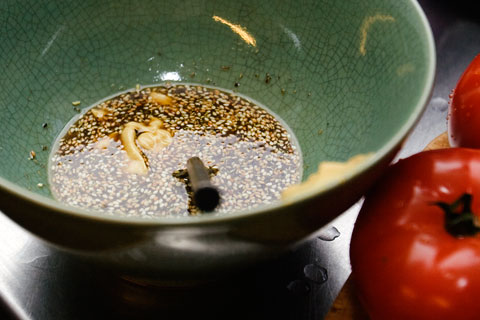 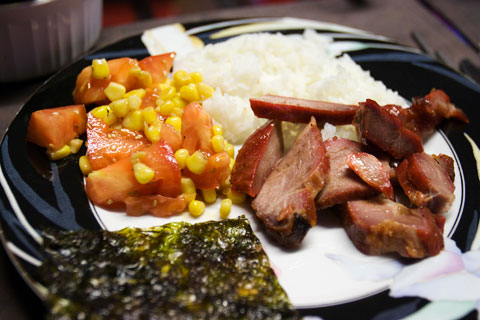 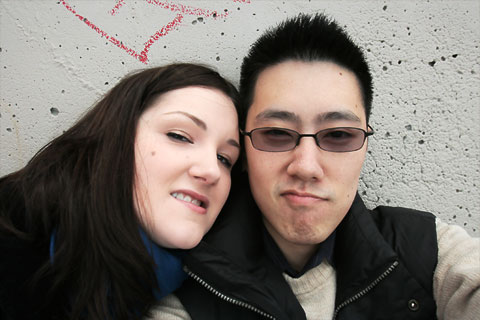 Cause Trailer Park Boys nev­er give up.

Cause Trailer Park Boys aren’t stuck in the rat race.

Cause Trailer Park Boys love kit­ties as much as I do.