It’s been four months since Leonard died. I remem­ber going to bed that night, con­stant­ly turn­ing over my pil­low to find a dry spot, sob­bing so much I could­n’t fall asleep.

The necrop­sy showed that he had a mas­sive liv­er and kid­ney infec­tion. My vet excused his lan­guage and said, “Shit hap­pens” when I asked (per­haps with a quiver in my voice) what I could have done to pre­vent it.

Soon after, he sent me a card offer­ing his con­do­lences, and said it was a plea­sure deal­ing with some­one who cares so much. It was prob­a­bly the best thing any­one could have done to assuage any feel­ings of guilt. That fact that Leonard had a stub tail with no signs of scar­ring makes me sus­pect that he was the runt of the lit­ter, like­ly born with a weak con­sti­tu­tion, but that does­n’t stop me from always feel­ing like I could have done more.

He was always so affec­tion­ate, almost to the point of being over­ly so. Every morn­ing he’d rub his nose on my face until I stirred, which would be extreme­ly aggra­vat­ing if it weren’t one of the most seraph­ic ways to be wok­en up.

I remem­ber him sleep­ing with me one bright after­noon. Dolly decid­ed to nes­tle her­self in the crook of my arm under the blan­ket, and Leonard soon joined us, though he decid­ed to curl up on my neck instead. It was the per­fect nap con­fig­u­ra­tion.

I’m still glad I had him, as short as our time was. It sad­dens me most to think that I nev­er got to know what he’d be like as a mature cat, whether he’d keep his play­ful­ness and extro­ver­sion into adult­hood. At the very least, Heather G and Sergey, Aaron and Trolley, Darren and ____ all got to meet him before he died. 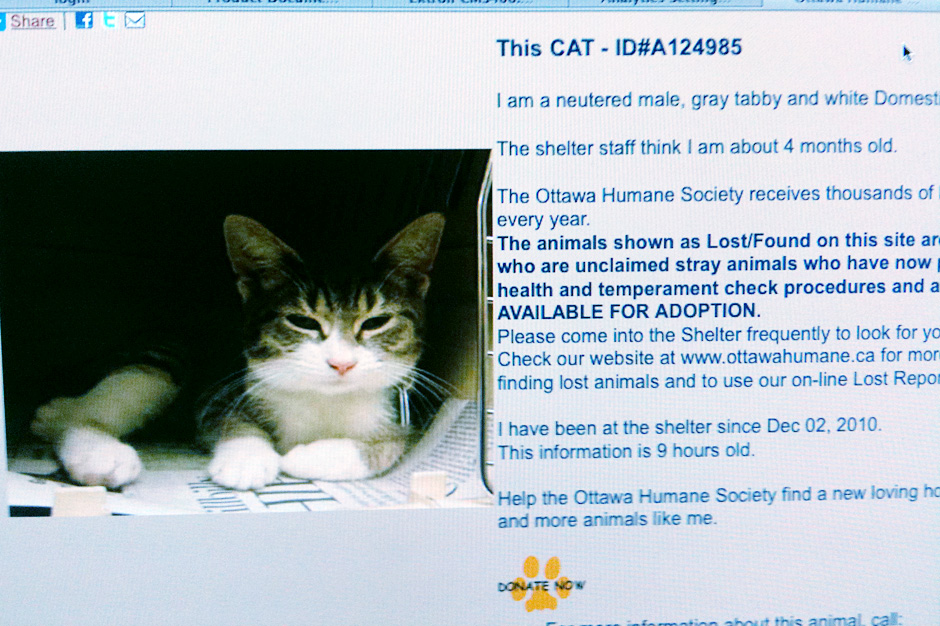 I took this pic­ture of his Humane Society pro­file before head­ing over to meet him. They named him, “Elvis”.

I’ve been check­ing the Humane Society web­site for male kit­tens avail­able for adop­tion ever since. I recent­ly found one with the right details and a goofy face too, but I don’t think I’m ready for anoth­er cat yet. I’m not sure I could han­dle it if the next one hap­pened to die so sud­den­ly as well. But I know that soon enough I’ll be itch­ing to adopt again, and that the idea of hav­ing anoth­er cat in my life will pre­vail over any wor­ries.

The hard­est part was putting away his food bowls, and that ter­ri­ble sense of final­i­ty that he’d nev­er be eat­ing from them again.

Spending so much time at home meant Leonard was in my com­pa­ny for a large part of the day. I’m get­ting used to his absence, but I still miss the lit­tle guy.

I had a bunch of ran­dom footage and I nev­er knew what to do with it, includ­ing a few moments from the first time I let him out of quar­an­tine into the rest of the house. When he died I kept watch­ing the footage over and over again until it sort of pieced itself togeth­er into this small vignette of a kit­ty who lived with me for less than three months. I hope they were hap­py ones.

The vet’s office called this morn­ing to tell me Leonard did­n’t make it through the night.

I’ve been bawl­ing ran­dom­ly since. Uncontrollably1. I haven’t cried like this since I was a kid. I sup­pose it’s the shock. I always expect­ed Dolly to be the one to go first, and not for many years at that. I know I’ll be alright, I just need time. It was such a big deci­sion to adopt anoth­er cat, and I jumped on it cause I want­ed one so bad­ly, and I made all the prepa­ra­tions, and nursed him back to health so many times, and now he’s gone so sud­den­ly.

____’s been talk­ing some sense into me. I blamed myself for not going to the vet soon­er; maybe there’s some­thing he could have done, maybe being on an IV ear­li­er would giv­en him the strength to recov­er. But I did what I thought was best at the time, and there are count­less maybes in life, and there’s no way of know­ing why he died because the tests weren’t fin­ished. It could have been some­thing con­gen­i­tal, which seems like­ly con­sid­er­ing he was sick most of the time.

END_OF_DOCUMENT_TOKEN_TO_BE_REPLACED

I was going to wait to see how his per­son­al­i­ty devel­oped before set­tling on a name, and for a while I was call­ing him Serge (after Gainsbourg) cause he was almost over­ly affec­tion­ate, con­stant­ly paw­ing me and rub­bing my face with his. Eventually, I real­ized it’d be impos­si­ble for a cat to live up to such name­sakes, so I went with my first choice, which was Leonard. It has Leo in it, which is per­fect for any­thing from the fel­i­dae fam­i­ly. I could nev­er call him Lenny though cause “Lenny Cohen” sounds so wrong to me. 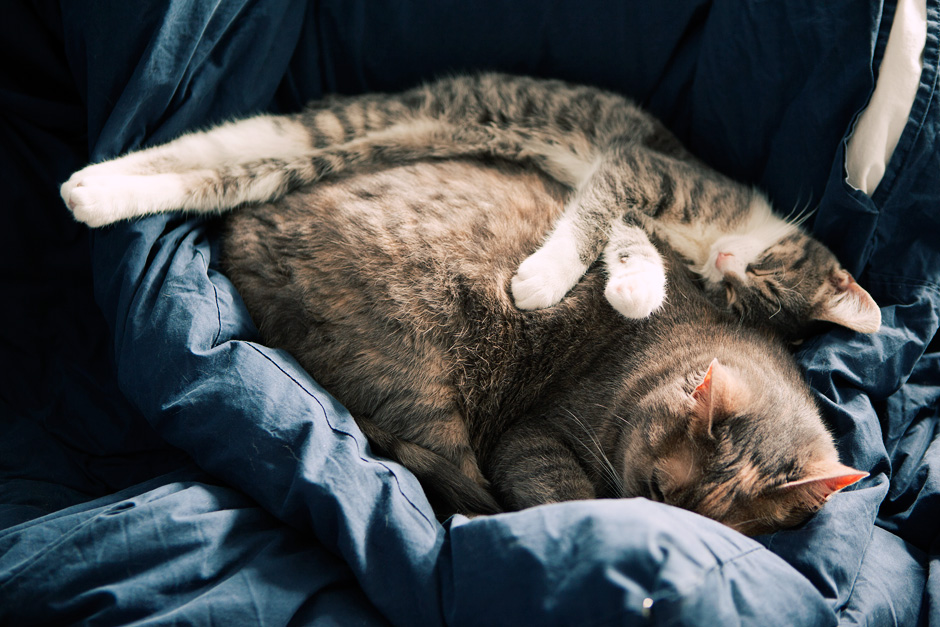 I love cats with goofy faces, and I can tell Leonard has a bit of one already from the way his cheeks puff out. I also like my cats fat cause there’s more to hold when they decide to crawl into the cov­ers. As nov­el as it is to see how tiny Leonard is in com­par­i­son to Dolly, I’m look­ing for­ward to see him putting on some more weight.

Unfortunately, Dolly’s per­son­al­i­ty has changed. She’s a bit less affec­tion­ate, less vocal, and more sick­ly; I’ve been deal­ing with per­pet­u­al res­pi­ra­to­ry infec­tions and eye abscess­es ever since I brought Leonard home. I’m won­der­ing if she asso­ciates being mis­er­ably sick with the arrival of the new kit­ten. Her mater­nal instincts seem to kick in when he lies next to her, and she’ll try to lick and groom him, but he does­n’t seem to like it much and they end up fight­ing. Hopefully, he’ll grow into the habit.

____ used to tease me about my dra­ma, con­vinced that I loved it because I always seemed to be cre­at­ing it. But dra­ma is just a by-prod­uct of the strug­gle when you’re dis­cov­er­ing your­self and try­ing to become the per­son you’re meant to be. It’s nev­er an easy path; oth­er­wise, you’d already be that per­son.

I don’t have bad days any­more either, but I can’t tell if it’s because I’m han­dling things bet­ter or if I’m not chal­leng­ing myself enough.

And now that there’s no more dra­ma, it feels like I’m fin­ished. Like there’s no next step for me to take and nowhere else to go, because I’m here. All that’s left is to enjoy this exis­tence.

That’s not to say my life is with­out a touch of inner insta­bil­i­ty. I still have mem­o­ries, thoughts, lust, and love, and they’re enough to fill the mind for an entire day. But now I know every­thing’s gonna be okay. 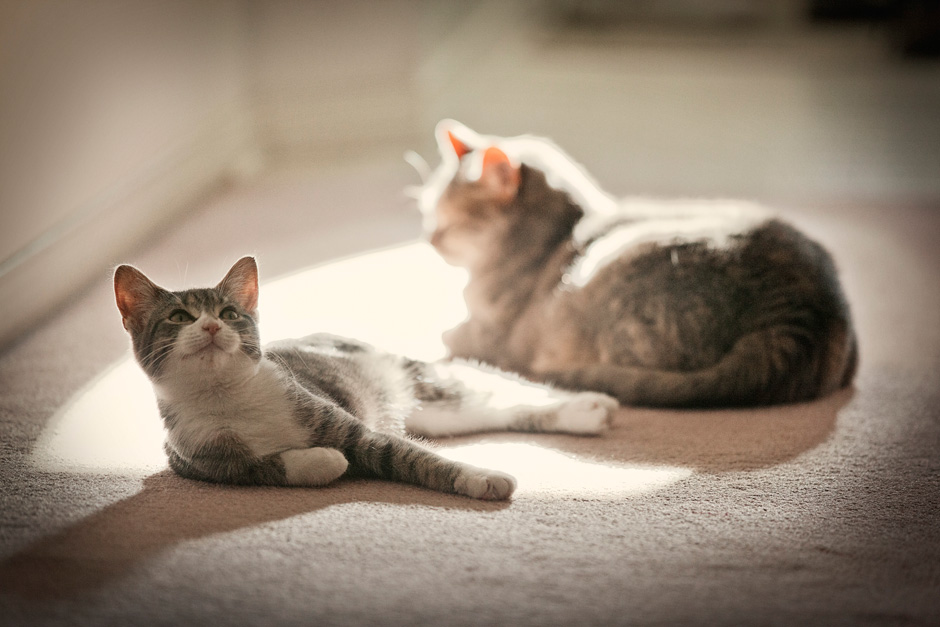 Now that I’m work­ing from home full-time, I bare­ly step out­side. Living like Foul Bachelor Frog, cause yes­ter­day’s pants are today’s pants if they have the belt in them. There’s noth­ing for me out there. It’s nev­er worth the trou­ble any­more. I’d go out if I was­n’t so con­tent in my com­fort­able home with two cats and every­thing I need to sing or write or cre­ate.

I’m just won­der­ing if I’ll ever get tired of this.