My wit and my elo­quence are not at their best at this par­tic­u­lar moment, which is why I have no quick riposte to your rib­bing. All my humour is dry and self-dep­re­cat­ing any­way. It’s mak­ing me won­der if you think I can’t take an Asian joke or two. The truth is, I don’t know how to make fun of any­one but myself.

Too bad you’ve got piss tests com­ing up. We’ve got this bal­cony, the right occa­sion, and I don’t drink any­more. Doesn’t mean I can’t lis­ten to your war sto­ries, or dan­gle in the air when you give out bear hugs. Perhaps I’d be less awk­ward when it comes to such bond­ing if I was in high-school JV foot­ball. Seth made the team one year, and scored a touch­down for guys like us. 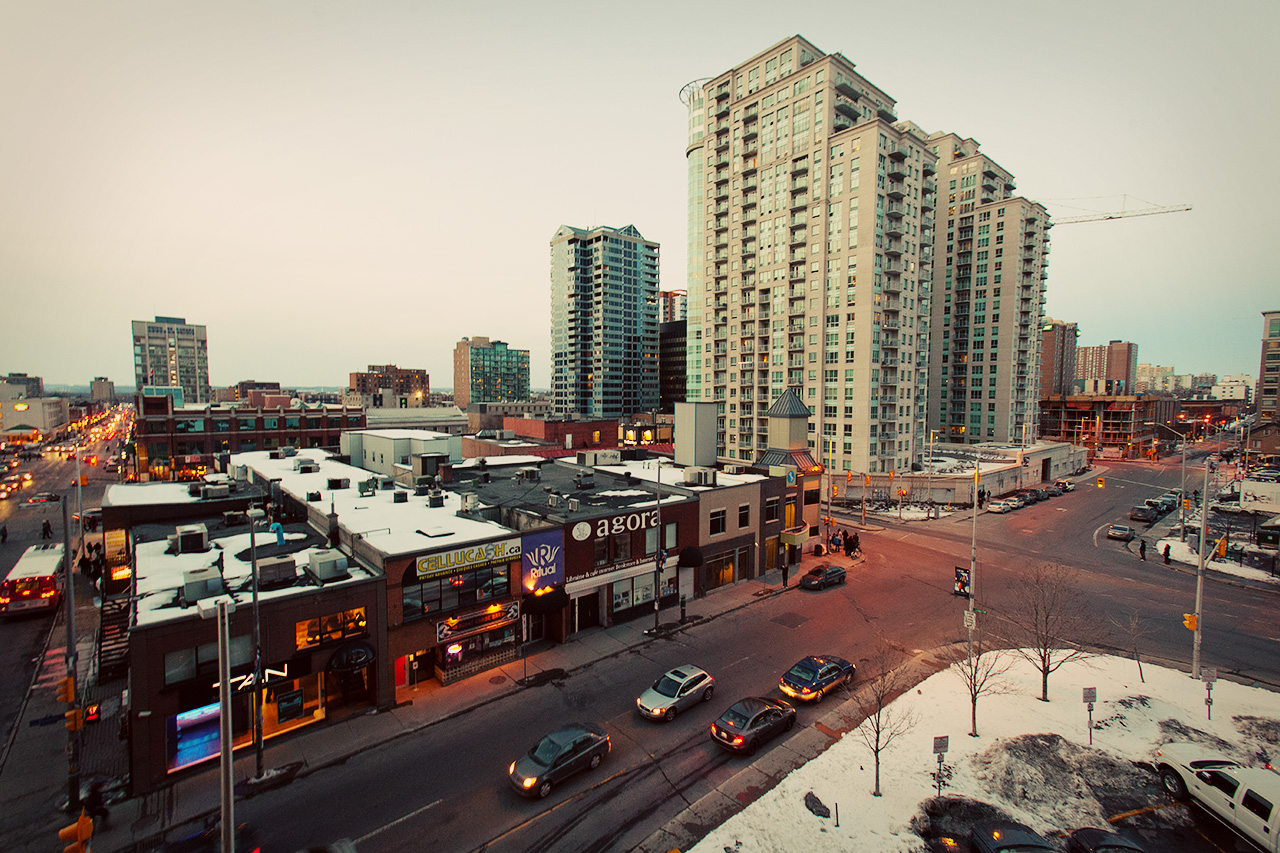 I remem­ber you. Iain and I went to buy a $5 hit off your bong 10 years ago, back when we cut our teeth on prairie fires and five-cent wings and I’ll-nev­er-do-that-again. You were danc­ing to jazz by your­self in a beat­er and per­pet­u­al Kangol when we walked in, but you wore no shame on your face. The world is small when our lives are not.

Last time I saw Iain was at the house­warm­ing, but I still think of him every time I use those crys­tal glass­es he gave me that day. He would have want­ed them filled with some­thing tight-bod­ied and twelve-years old. Nowadays all I can take is a lit­tle Bailey’s on my Mayan choco­late Häagen-Dazs. Luckily they’re also per­fect for ice cream. 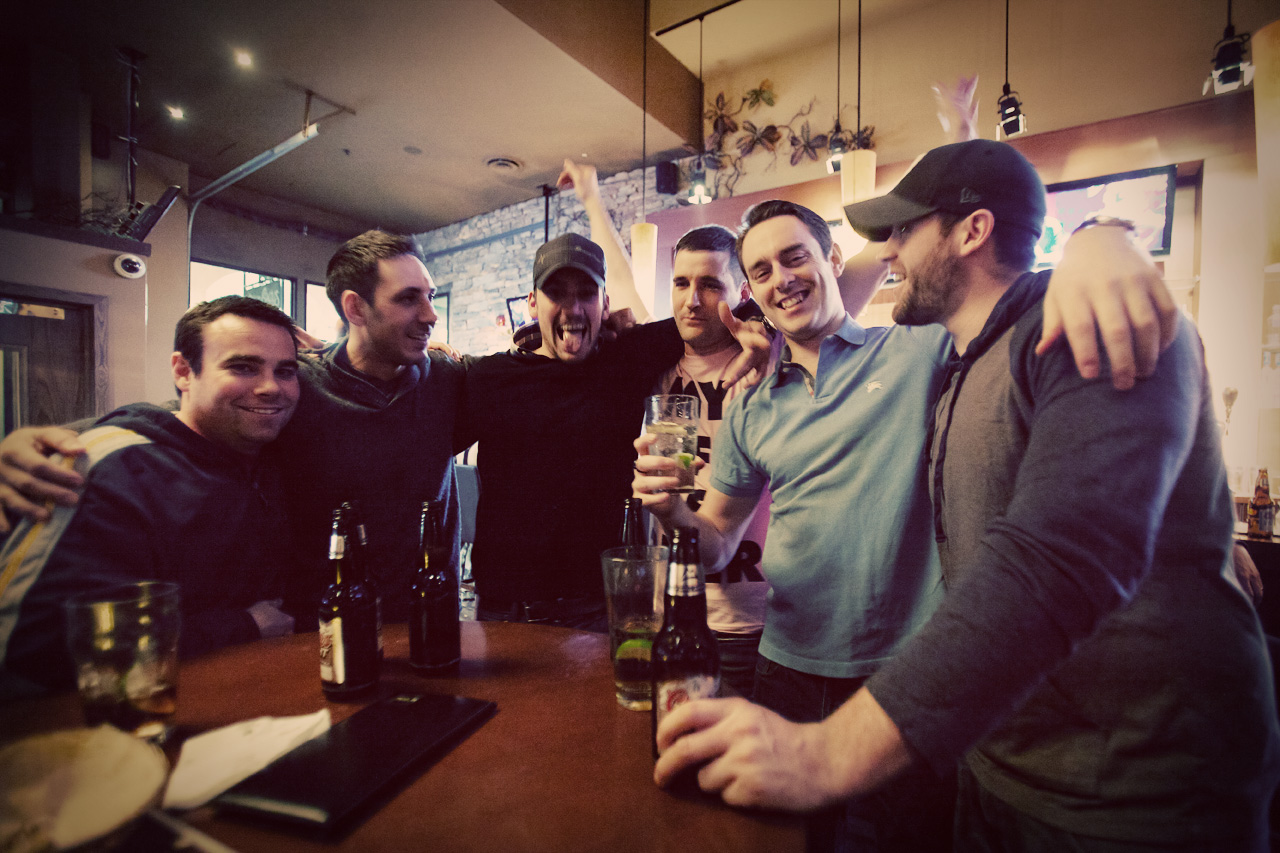 I’ve long missed these nights. Breathing fresh air when step­ping out of a stuffy bar. That sud­den calm when com­ing out of the din. Big groups with the chance to change con­ver­sa­tions. Nights that have been replaced by din­ners with nuclear fam­i­lies and one-on-ones. Oddly enough, the only thing in com­mon are sto­ries of how one’s son is learn­ing to play with his dick. The world would have me believe that a man isn’t made by the drinks he orders but by the atten­tion he gives his kids.

If only I did­n’t have to go so soon. I’ve nev­er been to the peel­ers in Ottawa, and I can only imag­ine where my bills will end up.

Our final days grow ever dark­er, but win­ter feels far away when I turn on the A/C in the car as we set off on the scenic route. It’s strange to think I’ll nev­er be here again. I do my best to take my time, to remem­ber the smell of every wood­en house and twirl of hair and cozy wind. This was nev­er a way for me to escape my life back home, only a jour­ney I knew I need­ed to take.

But the nov­el­ty of grey hair and almond eyes has long run out, and now I’m just a man, try­ing to find out where he belongs. 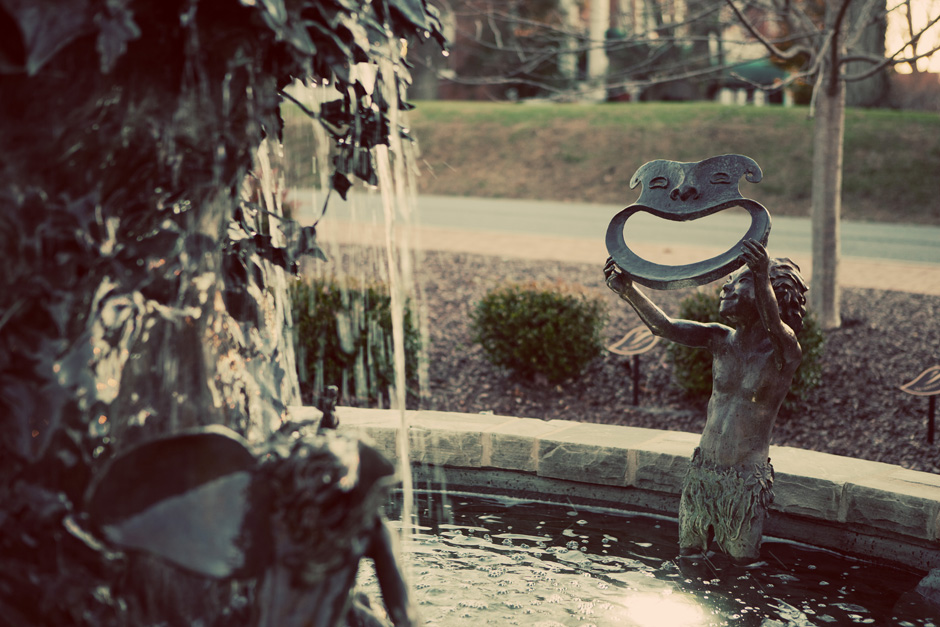 A mask that smiles.

END_OF_DOCUMENT_TOKEN_TO_BE_REPLACED

It’s night, and a gen­tle song begins on my bed­side speak­er. Until this point, I’d always won­dered who’d be the first to hear this song with me. Whose breath I’d feel on my body as the melody got lost in the dark­ness along with our inhi­bi­tions. It was­n’t a song I’d been sav­ing, only one I nev­er had the chance to share until I found myself here, explor­ing the open fields and windswept moun­tains and towns in between.

END_OF_DOCUMENT_TOKEN_TO_BE_REPLACED

The stars are clear out here. A train runs through the cen­tre a few times a day, blar­ing a horn as a warn­ing to peo­ple who may be going from build­ing to build­ing by cross­ing the tracks. It’s a tiny vil­lage in a snow­globe, only the snow has­n’t come.

I haven’t been around this many peo­ple in years. I’ve long won­dered what it’d be like to live this life one more time. To have rit­u­als and the­atre plans and reg­u­lar friends. None of this is real, of course, but I don’t mind pre­tend­ing if only for a lit­tle while. 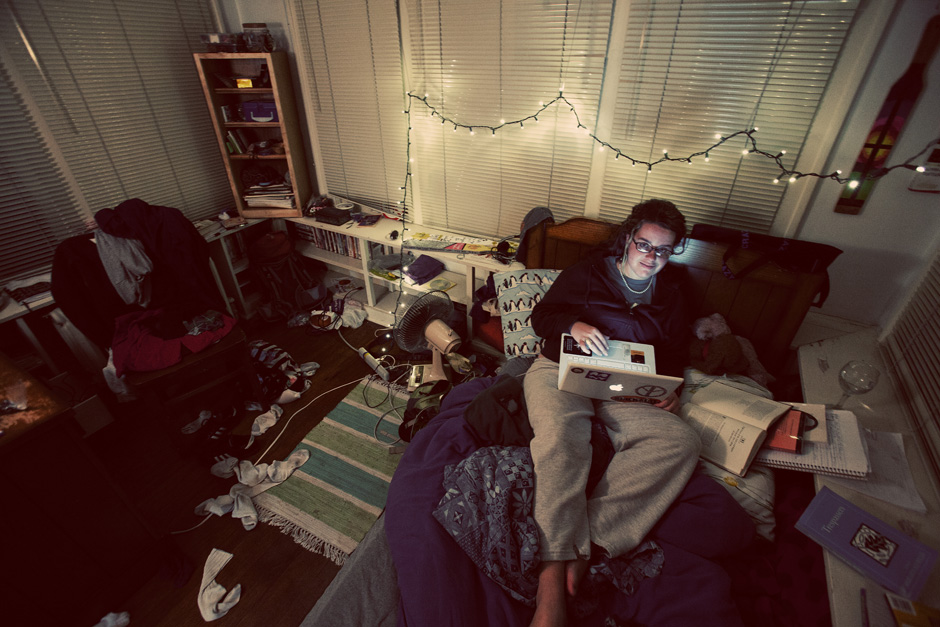 END_OF_DOCUMENT_TOKEN_TO_BE_REPLACED

I find myself resigned to some­one’s care. It’s not an easy kind of con­trol to relin­quish, but late­ly I trust as lit­tle as pos­si­ble in the future and do my best to go along for the ride. As the old poem goes; be wise, strain the wine, or as Zorba would put it, “DON’T BE DELICATE”. I did­n’t plan on liv­ing for­ev­er any­way.

On a cold night, we keep the only promise made, one of those small won­ders that still make me believe. I fit some­where between needs and wants, tem­po­rary relief and long-term side effects, class and home­work, nib­bled lips and bit­ten tongues. 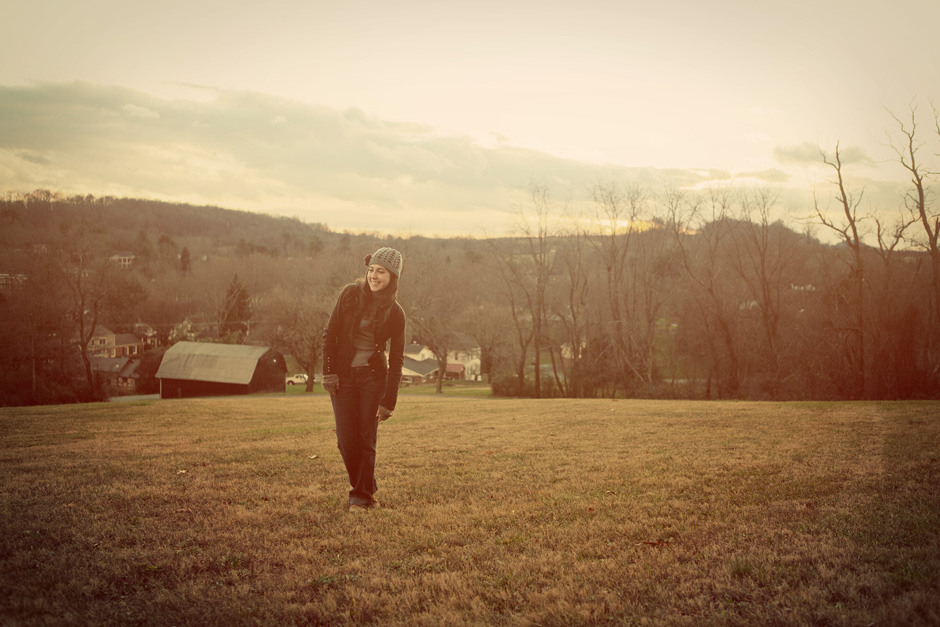