My lack of writ­ing about her late­ly has­n’t been an avoid­ance of the sub­ject, or an attempt to feign some kind of detach­ment. It’s because my thoughts about her nev­er ful­ly form any­more. Or they come in lit­tle bits and pieces, lin­ger­ing mem­o­ries in an off-guard moment.

The care­ful steps I took to avoid the loose tile on the path to her house, so as not to wake any­one when leav­ing let­ters in her mail­box. Her sac­cha­rine voice when she’d ask what I was think­ing, and the first time I could­n’t lie (I’m think­ing about how in love with you I am). A tear we shared, as it rolled from my eye to hers. I’ll even catch that uncon­trolled gig­gle of hers in the melody of a song that drifts in the air. So many details found in the sub­lim­i­ty of our time togeth­er that I told myself nev­er to for­get.

Maybe that’s why it’s still hard not to think about her. Nothing was ever ordi­nary when she was involved. I don’t talk to my friends about it any­more; there’s noth­ing left to say. Only mem­o­ries that fol­low me like a shad­ow. I won­der if they avoid bring­ing up the sub­ject with me any­way.

Sometimes, I still sec­ond-guess myself. Could I have saved us in some way? Would things be any dif­fer­ent if I had let her heal, or shared more of myself, or giv­en her more time, or been a stronger per­son? If only vul­ner­a­bil­i­ty or infat­u­a­tion or hope­less roman­ti­cism was con­sid­ered charm­ing. If only love or desire was enough to win some­one over.

Maybe I’m just cling­ing to the fact that I believe she tru­ly loved me back. It was one of the only things in this world I knew was real, and it made my heart swell every time she was next to me. The world made sense, if only for a moment now lost to the past. Or maybe I’m scared I’ll nev­er feel this way about some­one again because she was every­thing I ever want­ed, even flawed in all the right ways.

I’ve been ruined, and I don’t mind. Not any­more, at least.

I’d rather be alone than with any­one else. I can’t tell if it’s because I’m stub­born­ly try­ing to hon­our what we had, or a sub­con­scious part of me is wait­ing for her to come back because my heart can’t give up on some­one who made me feel so much. After all, she became my life, and to give up on her would be to give up on myself.

I know I’m not the only one who’s ever gone through this. Fate has proven fore­sight to be in vain for many a mice and men. Some peo­ple lose their spous­es — the per­son they expect to be with for the rest of their lives — and pick them­selves up. There’s no rea­son I can’t do the same.

But I’ve already picked myself up, and I’m hap­py. It does­n’t mat­ter that she’s not with me now, or that I haven’t stopped lov­ing her, or that she prob­a­bly does­n’t even think of me any­more. The expe­ri­ences have left me sat­is­fied and ful­filled. Our rela­tion­ship may have last­ed only a few sea­sons, but in that time I loved and was loved enough to be con­tent with what I had for the rest of my life.

I have all this stuff I mean to write but when it comes to typ­ing it out, it seems point­less. I don’t mind feel­ing this way any­more. I’d much rather come off as wit­ty or inter­est­ing, but I can set­tle for hon­est.

My pol­i­cy nowa­days is to act the way I feel. Instead of try­ing to cater to oth­er peo­ple or fit into social norms, I do what I want. It takes some trust in myself to believe that I’m gen­er­al­ly a good per­son, but every­thing seems to be work­ing in my favour. 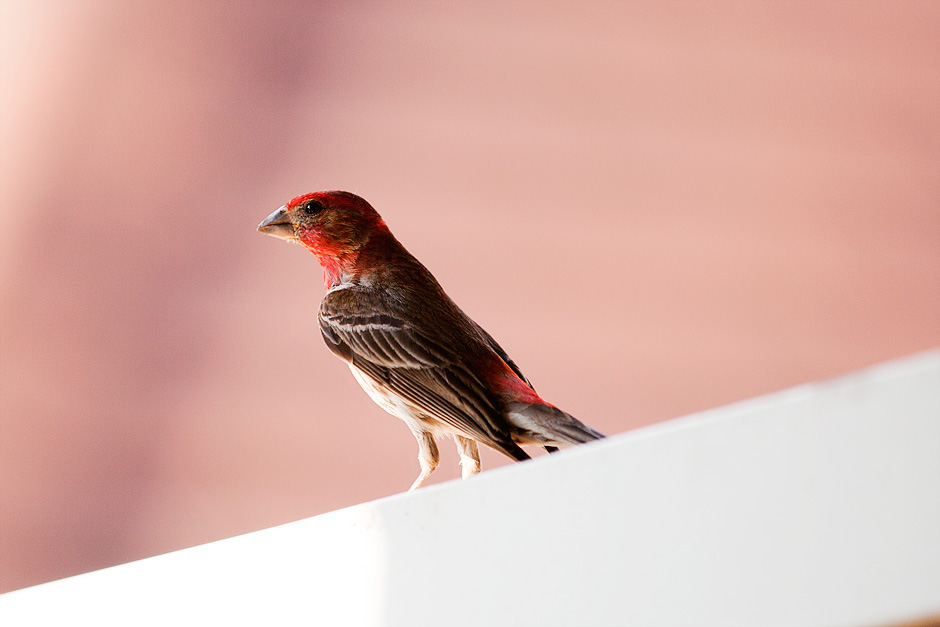 I have some­thing major going on each month until December, at which point I’ll prob­a­bly her­ma­tize for three weeks until anoth­er round of hol­i­day crazi­ness.

I used to have Hold On by Tom Waits play­ing here.

The sum­mer has been warm and fuzzy, and it’s filled me with con­tent­ment. I don’t care about the future any­more. I’m liv­ing in this moment, and thank­ful it’s a nice one.

I haven’t had much to say late­ly. Suffering has always been a pre­req­ui­site for my cre­ativ­i­ty, as I only need to write when unful­filled or unhap­py, and late­ly I haven’t felt either.

The real­iza­tion that I was hap­py only came when some­one asked how I was doing; I respond­ed with my usu­al, gener­ic, “I’m doing well, thanks”, and for the first time in as long as I could remem­ber, I did­n’t feel like I was lying. 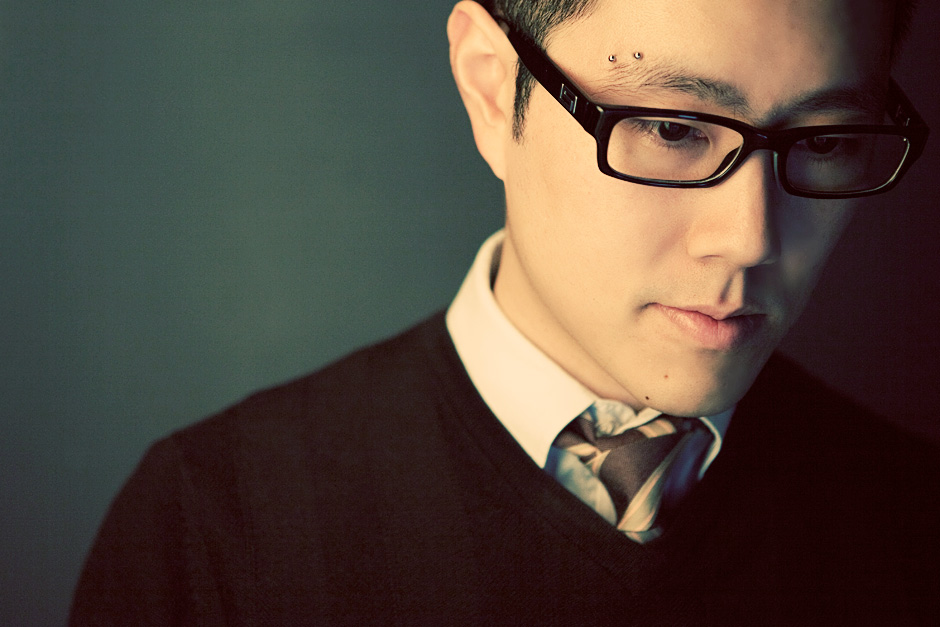 Not that the desire to write has left me com­plete­ly. I still want to, though only because it’s an enjoy­able exer­cise in itself, not because I need to get some­thing off my chest. The world final­ly makes sense, and I won­der if it’s nec­es­sary to have this blog a place to sort out my thoughts any­more.

I’m sat­is­fied with the per­son I’ve become. I’ve stopped try­ing to change, or con­stant­ly fig­ur­ing out how to improve. I like me.

The seren­i­ty is get­ting bet­ter still, almost to the point where it’s an uncon­scious state-of-mind. Things don’t both­er me the way they used to. I can dream with­out desire, I can live with­out bias, I can give with­out expect­ing, I can think with­out wor­ry, and I can enjoy with­out guilt.

Tyler licks his lips until they’re gleam­ing wet. He takes Jack’s hands and KISSES the back of it.

I fig­ured it out.

I had too much want.

The sali­va shines in the shape of the kiss. Tyler pours a bit of the flaked lye onto Jack’s hand.

I start­ed out self­less­ly — doing with­out expect­ing, giv­ing not to receive, work­ing not for reward1 — because all I want­ed was to live in the moment, to expe­ri­ence as much as I could while it last­ed. Eventually, that turned into a desire, a belief that I could­n’t live with­out what (or whom) I want­ed.

One could call it love.

The old me would have blamed myself for falling into that trap, but I’ve since rec­og­nized that I’m human. That I’m prone to falling, espe­cial­ly when I’m so amorous­ly intox­i­cat­ed.

Now that I’m able to stand back and rec­og­nize my long­ing, and I can also see how much that long­ing that was start­ing to tear me down.

It’s like in Fight Club, when Tyler Durden is about to pour lye on Jack’s hand. Jack already knows he’s going to die; it’s an unde­ni­able real­i­ty we all come to real­ize as we grow out of child­hood, yet are rarely forced to deal with (or even embrace). For Jack, that real­i­ty does­n’t tru­ly sink in until he’s faced with the chem­i­cal burn on his body.

Jack, snap­ping back, tries to jerk his hand away. Tyler keeps hold of it and their arms KNOCK UTENSILS off the table.

I was told it was over before it start­ed, but that real­i­ty did­n’t sink in until recent­ly. It’s tak­en this long because I dared to dream of some­thing greater, and a large part of me did­n’t want to give up the won­der­ful mem­o­ries. Unfortunately, those mem­o­ries are mixed and insep­a­ra­ble from every­thing else that’s been hold­ing me back. The fact that I think too much does­n’t help either.

At some point, I real­ized that I sim­ply had to let go. Truly let go.

Listen, you can run water over your hand and make it worse or, look at me, or you can use vine­gar and neu­tral­ize the burn. First you have to give up, first you have to know — not fear — know — that some­day you’re gonna die.

I used to think I had lost some­thing spe­cial, but now I have no desires and noth­ing left to lose. It’s like I’m start­ing back where I was two years ago, which real­ly was­n’t a bad place to be. The world is final­ly lucid and clear.