I got these tat­toos to remind myself to stay on the path. A reminder like this is some­thing of a para­dox; to be on the path is to be unaware of the path.

Even though I strong­ly believed in the tenets of Taoism, I still found myself off the path more often than on it. There was a point where I began to ques­tion whether I was tru­ly a Taoist or just a Tao-enthu­si­ast, because my under­stand­ing of the ideas did­n’t nec­es­sar­i­ly mean an abil­i­ty to apply them to my life. 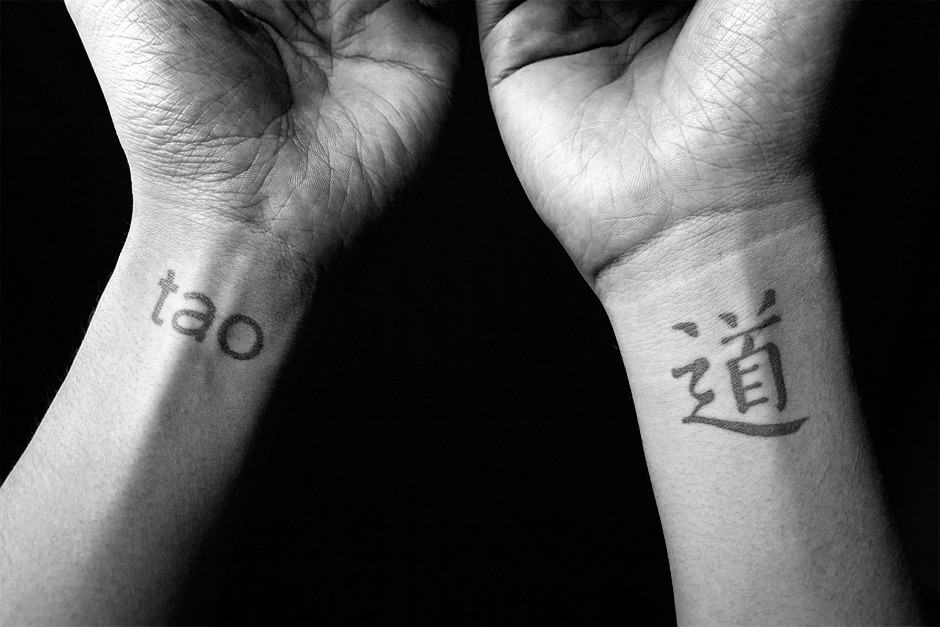 But over time, I for­got about my tat­toos. Or, should I say, I stopped think­ing about them, the way one may be so accus­tomed to the nose on one’s face as to nev­er dwell on the idea of it’s exis­tence.

In the same way, I’ve for­got­ten about the path too, even though I know I’m on it. I don’t seek coun­cil from the Tao Te Ching nowa­days, because there’s noth­ing left that I don’t under­stand. I found the feel­ing of seren­i­ty I’d been seek­ing for so long.

I turn 30 in five months, and I final­ly believe I’m a Taoist.