I turned 30 in France. This was­n’t planned. It was­n’t even an excuse to buy the tick­et, when I made the deci­sion to fly there so many months ago.

But when I was at a din­ner par­ty that day, speak­ing with a woman who pol­ished her English from a year of doing her degree in London (and had an appro­pri­ate­ly posh British accent mixed in with her French), she guessed I was 30.

“Amazing”, I said, “To the day.” She had to con­firm, “Aujourd’hui?”, and I could­n’t stop her from hush­ing the oth­er con­ver­sa­tions so she could announce it to the table. 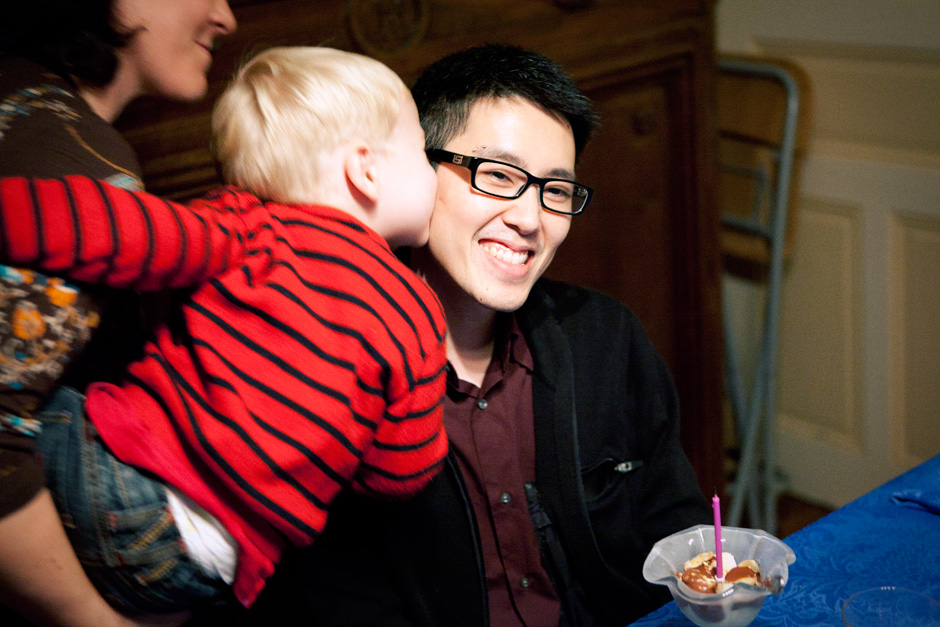 Kisses from the babies, the girls, and the babygurls.

They lit a thin can­dle in my banana split sun­dae, sang me Happy Birthday in two lan­guages, and plied me with expen­sive alco­hols. Earlier that day, Darren sent me an e‑mail, telling me to get drunk. I did­n’t let him down.

It was a far big­ger deal than I was used to, but it was­n’t hard to appre­ci­ate the atten­tion, from peo­ple I had only known for an evening or two. I thought they must have been hap­pi­er than me, just to have an excuse to cel­e­brate some­thing, and talk, and drink, and cheer.

There’s no way for me to deny how sig­nif­i­cant the last year has been. At one point, I final­ly felt like I was the per­son I’d be for the rest of my life. Then things changed, and I fell to my low­est point. But I picked myself up, and here I am now. Still human. Still alive.

This project was a way for me to doc­u­ment my evolv­ing life and aging skin as it is now. I nev­er knew how much I’d go through, and how much would change between each inter­val.

I turned 30, and I won­der who I’ll be in anoth­er day, anoth­er month, anoth­er year, anoth­er decade.