Named after Dexter the ser­i­al killer. You can’t keep this cat down. If you leave any­thing lying around that’s not more than 25 pounds, he’ll play with it. This usu­al­ly involves bat­ting, scratch­ing, knock­ing it off a table, or chew­ing it.

I sus­pect this is why Darren keeps his house so clean.

It’s been snow­ing for three days now, the first real snow­fall of the sea­son. It’s a won­der­ful feel­ing to look out­side and see it falling1. Winter brings it’s own sort of cozi­ness, like the way sun is for sports and rain is for movies.

A lot of peo­ple don’t like the win­ter, whether it’s because they get tired shov­el­ing, they’re late from clean­ing the car, they don’t like deal­ing with the messi­ness, or they sim­ply hate being cold. To me, it’s all part and par­cel of liv­ing in the Great White North. The sum­mer brings as many unpleas­ant issues — burn­ing car seats, sti­fling heat, unavoid­able sweat. I would­n’t be able to appre­ci­ate one if it was­n’t for the oth­er.

I tend to get tired of the weath­er only at the end of each sea­son, because they seem to drag on for so long2. It’s a nev­er-end­ing cycle of enjoy­ing the new sea­son, then miss­ing the next one.

There’s this great poem by Shioh T’ao I think of when try­ing to explain this:

Spring comes, and I look at the birds;
Summer comes, and I take a bath in the stream;
Autumn comes, and I climb to the top of the moun­tain;
Winter comes, and I make the most of the sun­light for warmth.
This is how I savor the pas­sage of the sea­sons.

This is why I love Canada. I would­n’t want to live any­where else.

For now, I’m enjoy­ing the snow. 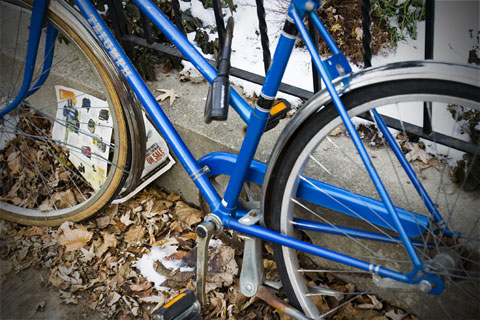 I’m going home today. It’s been a great trip. Just one more stop for lunch with an old boss before I make the dri­ve back to Ottawa. 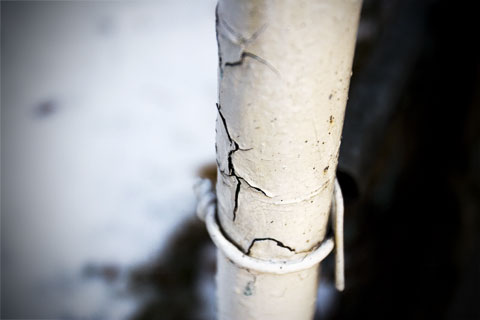 I miss sleep­ing in my own bed. It’s been a dif­fer­ent bed almost every night. But the trip was also filled with good peo­ple. People who are tru­ly touch­ing. And cats. 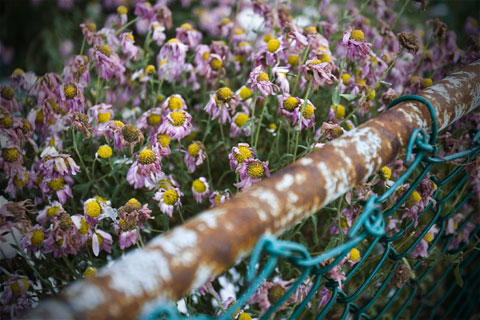 I’m not feel­ing as over­stim­u­lat­ed as I expect­ed. Maybe I’ve been too busy for it to sink in.

I’ll be leav­ing in the ear­ly after­noon to catch the sun­set in the 250km stretch along the 401.

We’re stand­ing in his garage in our paja­mas, with win­ter coats on. After a short dri­ve around the block to bring the oil up to tem­per­a­ture, he pulls out the bright orange dip­stick to teach me how to check the lev­el.

Even though he’s nev­er seen what’s under this hood before, he knows where every­thing is. Every noz­zle for every flu­id, every con­nec­tor to every part. A sixth sense that all dads seem to have, like when a steak is cooked medi­um rare, and when the TV is just big enough.

This is the first time we’ve ever done some­thing like this. A strange sort of bond­ing I rarely had in my child­hood.

Inside, I’m show­ing him how to use Photoshop, to take the wrin­kles out of his friend’s faces. Anything helps at this age, I sup­pose.

In my heart, I wish my dad had shown more inter­est in my pho­tog­ra­phy. I wish he want­ed one of the prints I brought, maybe to show oth­er peo­ple and say that he was proud of me. But he did­n’t. And I say noth­ing because it’s one of those things that should­n’t have to be said.

He keeps bring­ing up his dance part­ner. The per­son who called him to make sure I arrived safe­ly from the dri­ve. He wears two new ear­rings in pierc­ings that weren’t there the last time I saw him, a gift from her, and I won­der if “dance part­ner” is his euphemism for “mom­my”.

I’m too scared to ask.

There’s no rea­son for me to stay more than a night, because there’s noth­ing more to be said. 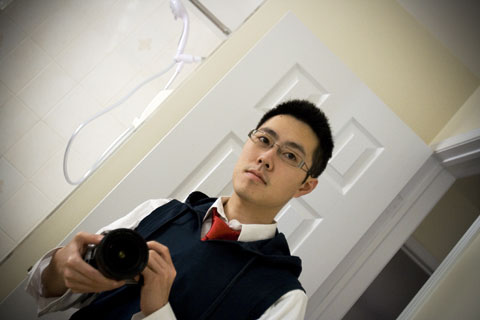 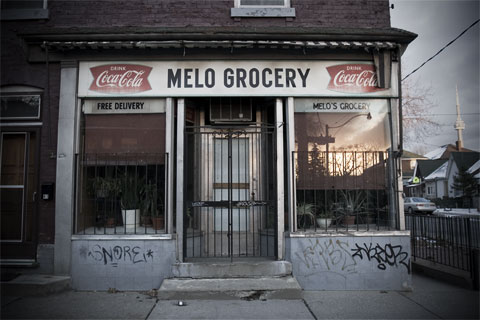 Sometimes, I won­der whether it’s me or this city that’s changed more.