Darren and I had orig­i­nal­ly planned on dri­ving up togeth­er, but the tim­ing did­n’t work out, so we arrived when we could and played it by ear. Bronny was the point of my vis­it, while Darren was there to see Lindsay. After a dri­ving from pub to pub, each one full of St. Patty’s day partiers adorned with green horns and hold­ing green pints, the four of us end­ed up at a small restau­rant, and even­tu­al­ly at Lindsay’s house.

It was Bronny who made the most inter­est­ing com­ment to me after­wards. “Darren needs to be with someone…deep”, she said, “Someone intel­lec­tu­al”. I still won­der what made her think so. What did we talk about? As far as I could remem­ber, there was no par­tic­u­lar­ly inter­est­ing dis­cus­sion, just a bunch of us hang­ing out.

But she was right.

Some of this movie comes from, you know, from me, sure. But it’s not, you know, I’m nev­er going to be able to make a movie that does­n’t, you know. Even if I’m mak­ing a movie about the turn of the cen­tu­ry, I think you’re gonna, it’s always going to be per­son­al. It’s just in the detailed stuff; the hors­es in Sheryl Lynn’s bed­room, with the rib­bons on the wall, and you got sis­ters or you got a girl­friend who loves to ride hors­es and all this stuff. And those lit­tle details that you remem­ber, I’ve been lov­ing to put those in a movie.

I think, you know what, when I grew up in the val­ley, I lived there, I was real­ly embar­rassed for the longest time that that’s where I lived and that’s where I grew up, cause I knew I want­ed to make movies. And I would look back to my favourite direc­tors, and think, okay, there’s Howard Hawks, and boy, he served in the war. And there’s Ernst Lubich who escaped Germany, you know, and all these won­der­ful sort of things going on in our lives that you could, you’re sup­posed to bring to a movie, you know. But, I don’t have shit to bring, I was like, I’m from the fuck­ing val­ley, you know. And, I was real­ly embar­rassed about that for a long time, I guess, until one day I just woke up and said, “Well, I’m from the val­ley, and I remem­ber things like lit­tle plas­tic hors­es and the blue rib­bon on the wall with the fuck­ing girl­friend, and you know, I guess that’s what I have to make movies about.”

A girl and her things.

Memories of burn­ing can­dles, sham­poo scents. The colours and the smells give me a total over­whelm­ing sense of poignant nos­tal­gia.

Admittedly, it’s been a while since I’ve been in a real girls room, and being there, in the mid­dle of all the dain­ty things and the dif­fer­ent fab­rics, I did­n’t know what was more embar­rass­ing: the fact that I felt like I was 17 again, or the real­iza­tion of how much I’ve missed it.

And this is all I can write about.

They call it the red-eye for a rea­son, and although I’m expect­ing to sleep through most of the ride, I’m not pre­pared to wake up every half hour. The bus was sup­posed to be half-full, being 12:30 on a Friday morn­ing, but when I arrive at the sta­tion, the line stretch­es across the hall­way, dash­ing my hopes of a win­dow seat. The guy beside me watch­es movies on his lap­top, while the old man across the aisle works on an assort­ment of papers with the only light in the bus on. He sits alone, away from the win­dow, a big fuck you to any­one who may want a seat. It’s his light that keeps me up.

The grey­hound is sup­posed to stand for speed, named after the fastest breed of dog used in dog rac­ing, but for me it stands for free­dom. The cost is a stranger sit­ting next to you, a cou­ple hours of leg cramps, and a lit­tle over a hun­dred dol­lars.

The lay­over is an hour and a half. As I sit in the ter­mi­nal, I think of how close my par­ents are. I haven’t seen them since Christmas, and even though they’re an 45 minute dri­ve away, I won’t be see­ing them this time around.

This bus brings me to her. 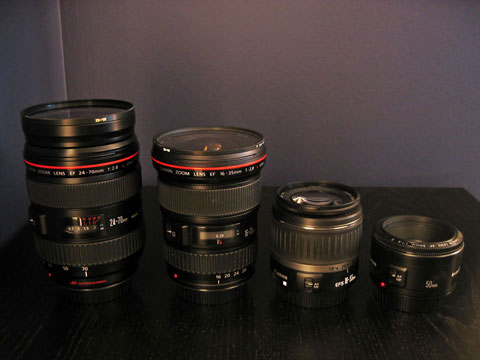 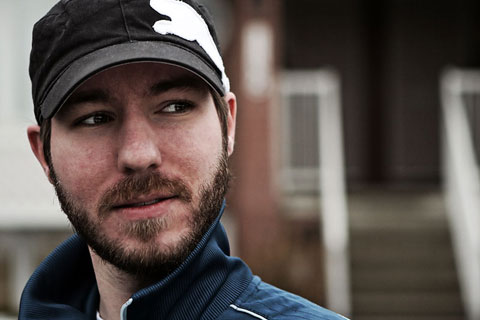 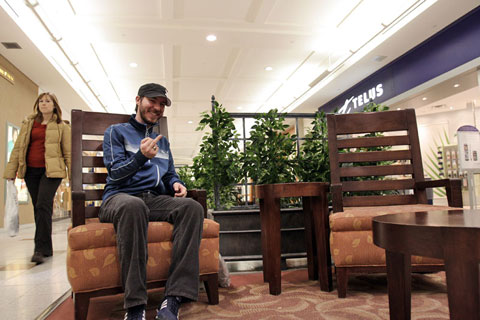 So I’ve devi­at­ed from my pre­vi­ous plan to wait until the new Canon 17–55mm f/2.8 IS came out before mak­ing any lens pur­chas­es. Aside from the fact that I would have had to wait until the sum­mer for reviews that may be less than favourable any­way, the main rea­son is that my two dream lens­es, the Canon EF 24–70mm f/2.8 L and the Canon EF 16–35mm f/2.8 L were being sold refur­bished and used respec­tive­ly. I make it a habit to check one par­tic­u­lar pop­u­lar online retail­er every morn­ing in case of any such deals, since they update their stock some time around five in the morn­ing and most lens­es are gone by nine, L glass espe­cial­ly. Although I had no plan on buy­ing either lens (I had yet to see either up for sale until this month), I could­n’t pass up the oppor­tu­ni­ty. It saved me close to $2000 in total.

Now I have my ide­al focal range cov­ered with a lens that goes as wide as 16mm for my envi­ron­men­tal and land­scape shots, and anoth­er one that goes as long as 70mm for por­traits. Both have ring ultra­son­ic motor focus­ing sys­tems, which makes aut­o­fo­cus­ing beau­ti­ful­ly slick, smooth, and qui­et, with sup­port for full-time man­u­al focus­ing as well. They also go as wide f/2.8, which is per­fect since I do a lot of low-light, indoor shoot­ing, and the extra aper­ture blades pro­vide but­tery smooth back­ground blur.

The trade-off is that both lens­es are heavy, one heav­ier than the cam­era body itself. This comes from the fact that the con­struc­tion is rock-sol­id and weath­er-sealed, being made from met­al and ground glass. There are sto­ries of peo­ple drop­ping their L lens­es onto asphalt or rocks and sur­viv­ing with only cos­met­ic scratch­es.

After all the mon­ey I just spent (more than twice as much than on the cam­era itself), not includ­ing the extra hand-strap/bag/­fil­ters that went along with it, I’m try­ing not to think of my next pur­chase. In the back of my mind I know that I want a macro lens or a full frame body, but I think I’ll be sat­is­fied for the next lit­tle while. 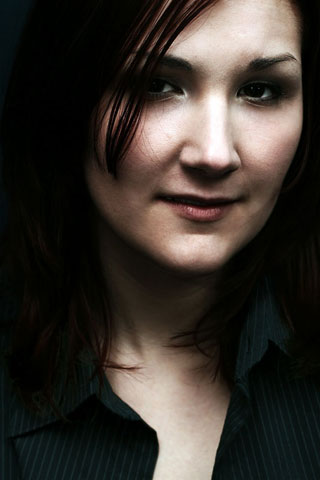 After four months, I final­ly have the per­fect pic­ture for my frame. Ordered a 12x18 print that should be in next week.