Today, I got to intro­duce some very good friends to each oth­er. Everyone got along famous­ly, although it could­n’t have gone any oth­er way with these guys.

It was the first boost­er draft for three of us. I was mas­sa­cred in every game, and did­n’t have any less fun los­ing to such great sports. 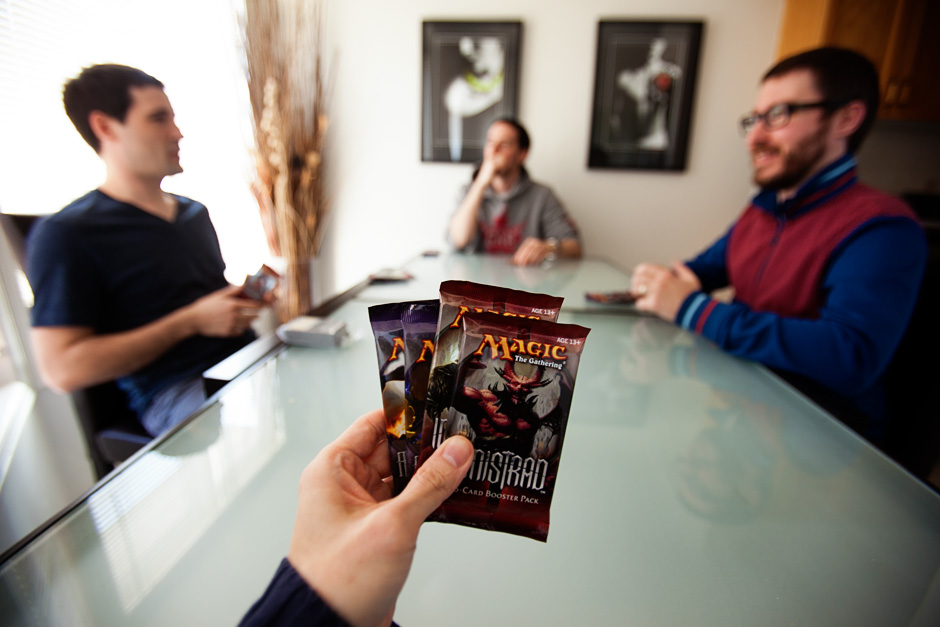 Unfortunately, noth­ing inter­est­ed me when we were pick­ing out rares1, so I got noth­ing for the deck I’m cur­rent­ly build­ing, and no direc­tion for a sec­ond deck. But as Aaron said, even if you lose, it’s cheap­er than a night of pok­er. Sometimes you lose it on the riv­er, some­times you draw 13 con­sec­u­tive lands, and some­times you OH GOD WHY ARE MY CREATURES DEAD ARGHGHHGHGH LETS PLAY AGAIN.

There was a maple syrup fes­ti­val in Perth. A bit of serendip­i­ty too, because I had just run out of my last cache of real maple syrup, stored in a bot­tle of Crown Royal my mom gave me.

Perth is a great for a get­ting to vis­it a small town with­out hav­ing to dri­ve too far. We missed the pan­cake break­fast in the morn­ing, but made up for it by hav­ing maple sausages. 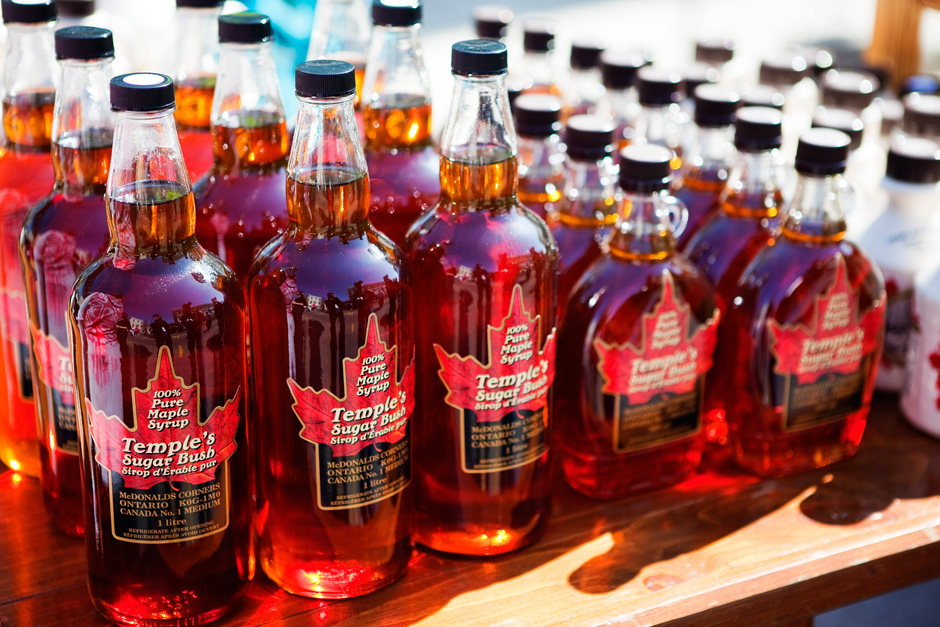 I bought me a bot­tle of amber maple syrup. Apparently, it’s thick­er and rich­er than the reg­u­lar maple syrup.

END_OF_DOCUMENT_TOKEN_TO_BE_REPLACED 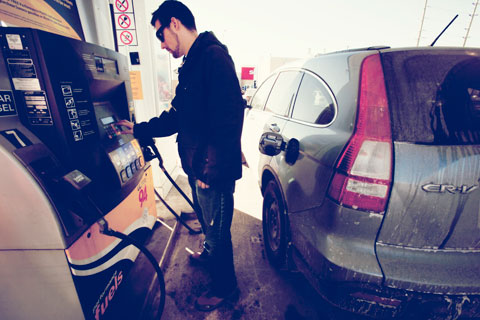 We cov­er a lot of ground on the dri­ve, stuff I would­n’t admit to just any­one. It’s good to have a set amount of time for some one on one. We see each oth­er at par­ties, but it’s nev­er time by our­selves. 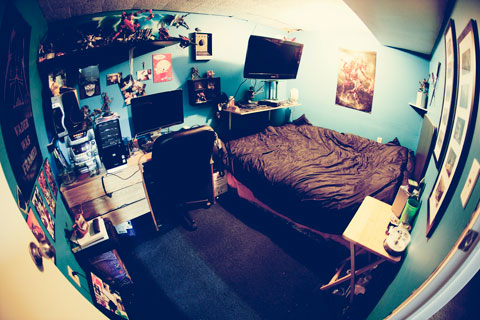 We get there a few hours ear­ly because it isn’t so much about the game as hang­ing out with the two friends I don’t see enough. There’s a cool­er full of snow and beer, and the food is com­ing in pro­tein; pigs-in-blan­kets, ground beef nachos, chick­en fin­gers, crab dip, meat balls. 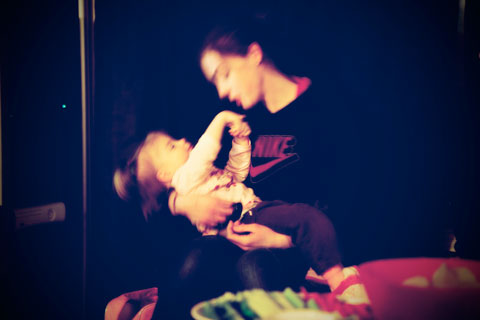 For a night, I’m with guys who punch arms, exchange ver­bal jabs, and laugh at blue col­lar jokes. Two lit­tle girls run around, and no one ever lets that change them. Now they’re fathers, but they’ll always be real men.

A video I shot as a Christmas present for Aaron and Karen. This was the first day I tried my “poor man’s steady­cam”, and aside from a few shaky shots from fid­dling around while try­ing to cap­ture every­thing, the pan­ning works very well.

I was think­ing about sav­ing the video for when Ryan gets mar­ried, but fig­ured I may be dead before that hap­pens, so I decid­ed to give it to them now. There are so many notes in the pro­duc­tion of the video that I feel like I need a 10-minute direc­tors com­men­tary to cov­er all the details. Alas, I’ll leave the insight up to the view­er.

How can so many peo­ple love one lit­tle boy? It seems almost impos­si­ble. 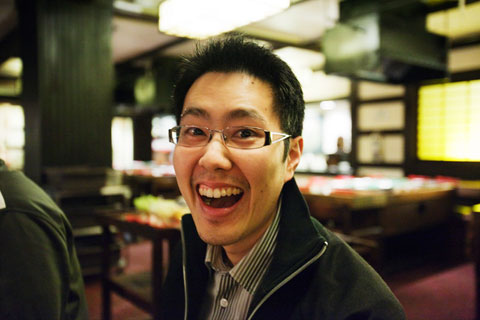 I prob­a­bly looked like this the whole week­end, cause it was non-stop awe­some­ness.

Last week, Aaron asked me if I want­ed to go to The Japanese Village. I thought it was just to hang out, since we had­n’t had a guy’s night in a while, so I did­n’t clue in that it was for my birth­day until the day of. Aaron told me I could order any­thing I want, as it was his treat, but I ordered the only thing I ever get when I’m there; the filet mignon cooked medi­um rare, which I think is the best in the city. It was good to hang out with him and Trolley again.

And, of course, silli­ness is always present with these guys around. 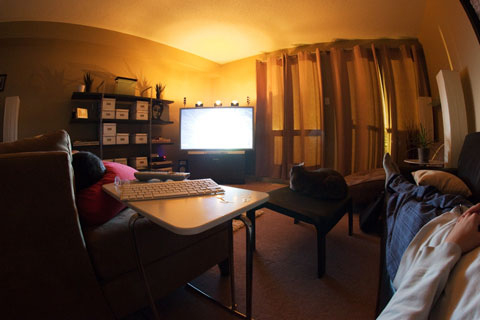 ____’s been work­ing two straight months, with­out a week­end off. The last time was when he came to Ottawa to vis­it. Between all the activ­i­ties, we only had enough time to watch one movie — American Graffiti — and between the two of us, we could sing every song that came from this film based in the 60s (me cov­er­ing The Platters, him cov­er­ing every­thing else).

I usu­al­ly only get to see him once a year, so twice in two months was a spe­cial treat.

I’d love to do games nights on a reg­u­lar basis, but peo­ple aren’t avail­able on the same days, so I used my birth­day as an excuse to get as many peo­ple as pos­si­ble togeth­er for a giant Cranium par­ty. I told them that instead of giv­ing me a present, they should just come to the par­ty. It worked, and we had enough for four teams of three. Some peo­ple also brought snacks, like hon­ey mus­tard pret­zels, car­rot cup­cakes, and fresh­ly baked choco­late chip cook­ies.

It was the high­light of the week­end.

Dim sum with my dad 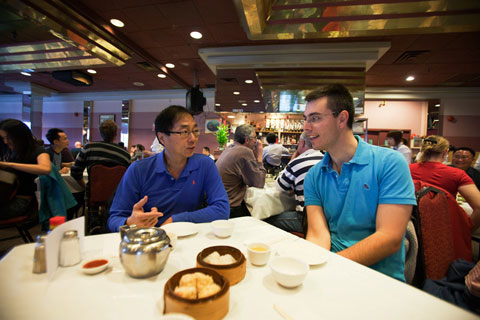 On Friday, my dad called me to wish me a hap­py birth­day, and told me he was in town for 10 days. We made plans to have dim sum. ____ came too, which is always inter­est­ing to see his reac­tions to what food is as the token white guy. I had a phoenix talons for the first time1, because I was feel­ing adven­tur­ous, and I have to say that they weren’t bad, but I did­n’t care for them either. They’re too hard to eat, and the sauce was­n’t to my taste. It was strange to see both John and my dad at the same place, and in Ottawa instead of Toronto.

I told my dad he could prob­a­bly sit and observe one of my Tai Chi class­es, so he could see what I do, but he was­n’t inter­est­ed, and I’ll admit that the indif­fer­ence hurt a bit. Afterward, I asked John what he thought as a 3rd par­ty observ­er, and he told me I had a good rela­tion­ship with my dad. I’ll take his word for it.

I need­ed this week­end so much. To recharge. To stop think­ing about things. To get com­plete­ly wast­ed. It felt like it was my birth­day the whole week­end, and I won­dered what I did to deserve it all.