It was a small open­ing set for a vernissage with a theme called Rumour Has It, fea­tur­ing forty artists in a bike store in Hintonburg.

Jesse had the set list planned around the whole rumour theme, and we start­ed learn­ing the songs when I showed up for rehearsal. But I only found out we were play­ing that night when my cal­en­dar alarm went off to say the show had start­ed. I thought we had an extra day at least to prac­tice, but due to a time zone bug in Google Calendar, the show was instead hap­pen­ing in two hours. 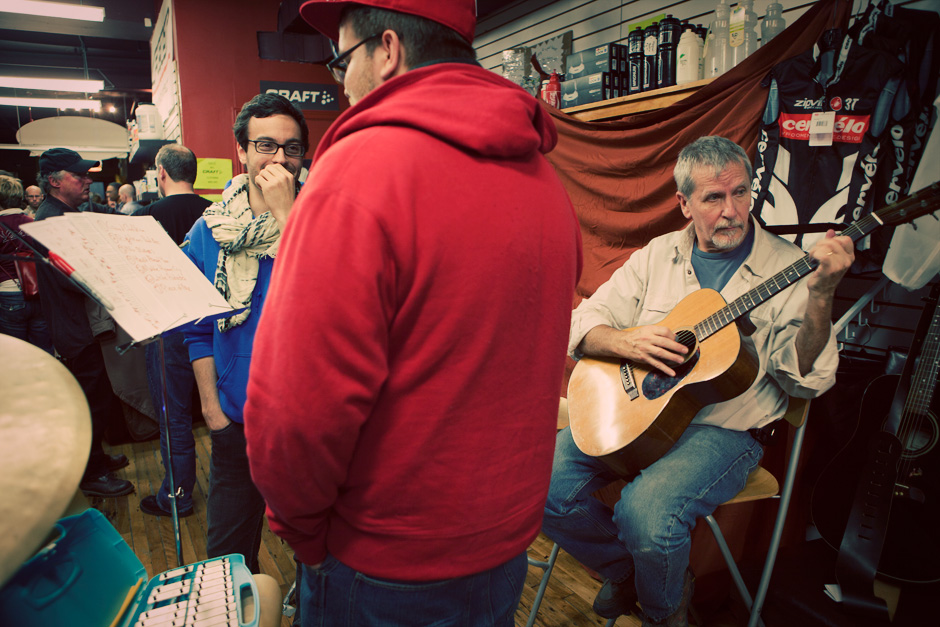 I was­n’t ready at all — men­tal­ly or musi­cal­ly — and if I’d have bailed if did­n’t have so much respect for Jesse, only because being under-pre­pared real­ly isn’t my style. It was worth it just to be a part of what must be the world’s first father-son cov­er of Piece of Me Britney Spears any­way, which end­ed up being a great clos­er for the set. I don’t think I’d be exag­ger­at­ing if I said the four peo­ple watch­ing us rocked their fuck­ing balls (and respec­tive tits) off.