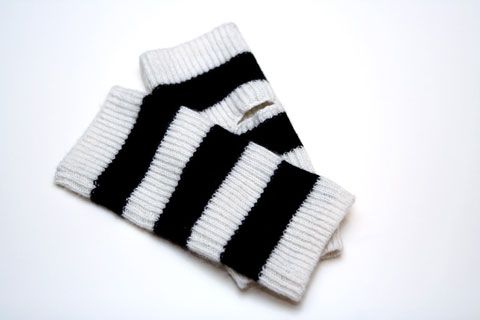 The win­ter storm watch con­tin­ued at ‑14°C today. When you’re inside, the sun fools you with the warmth of its colour, until you step out­side and feel the bite of the wind.

I spent an hour-and-a-half look­ing for var­i­ous things and run­ning errands down­town. The streets were packed, the stores were packed, and I found noth­ing.

So I spent a stu­pid amount of mon­ey on these awe­some mit­tens at Club Monaco. I actu­al­ly walked out of the store and out of the mall when I found them, for fear that I would pur­chase them, but alas, here they are on my hands. I had to decide between the white and black stripes, the grey and black stripes, and the flat grey ones, but since most of my cloth­ing is neu­tral, I decid­ed on the flashiest pair. The open hole for the fin­gers makes iPod and cam­era manip­u­la­tion easy. They’re 100% cash­mere; thin enough to wear indoors or inside your coat pock­et. 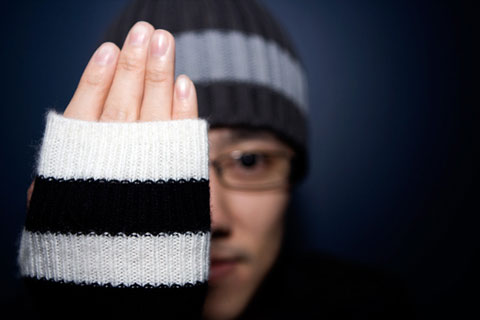 So it was­n’t a total waste of a day.