Sometimes we go peo­ple-watch­ing at the Elgin Street Diner at two in the morn­ing. Not just cause it’s one of the only places still open, but because it tends to be too busy before then. It’s hard to point some­one out or steal a glance with­out being noticed when the tables are all occu­pied.

We try to fig­ure out rela­tion­ships from the way peo­ple sit, sto­ries from the state of their shoes. Mostly it’s young drunks, try­ing to set­tle their stom­achs with some grease before head­ing home. Frat boys from the bars, clus­ters of girls in tight dress­es from the clubs. The ones who’ve had too much are easy to spot: when they aren’t mak­ing a bee­line to the bath­room, they’re star­ing at their plates, won­der­ing how much warn­ing they’ll need for the next run.

But every so often is an enig­ma, like four men in car­go shorts who aren’t young enough to be sin­gle, but not old enough to be divorced. The cor­po­rate logos on their golf shirts belie the no-upkeep, don’t-care-any­more look that comes with father­hood. It’s a breed rarely seen out beyond nine on a Thursday night, and one that looks espe­cial­ly out of place at a time when the only cars on the road are taxis and cruis­ers.

I don’t judge, but I sure do won­der. 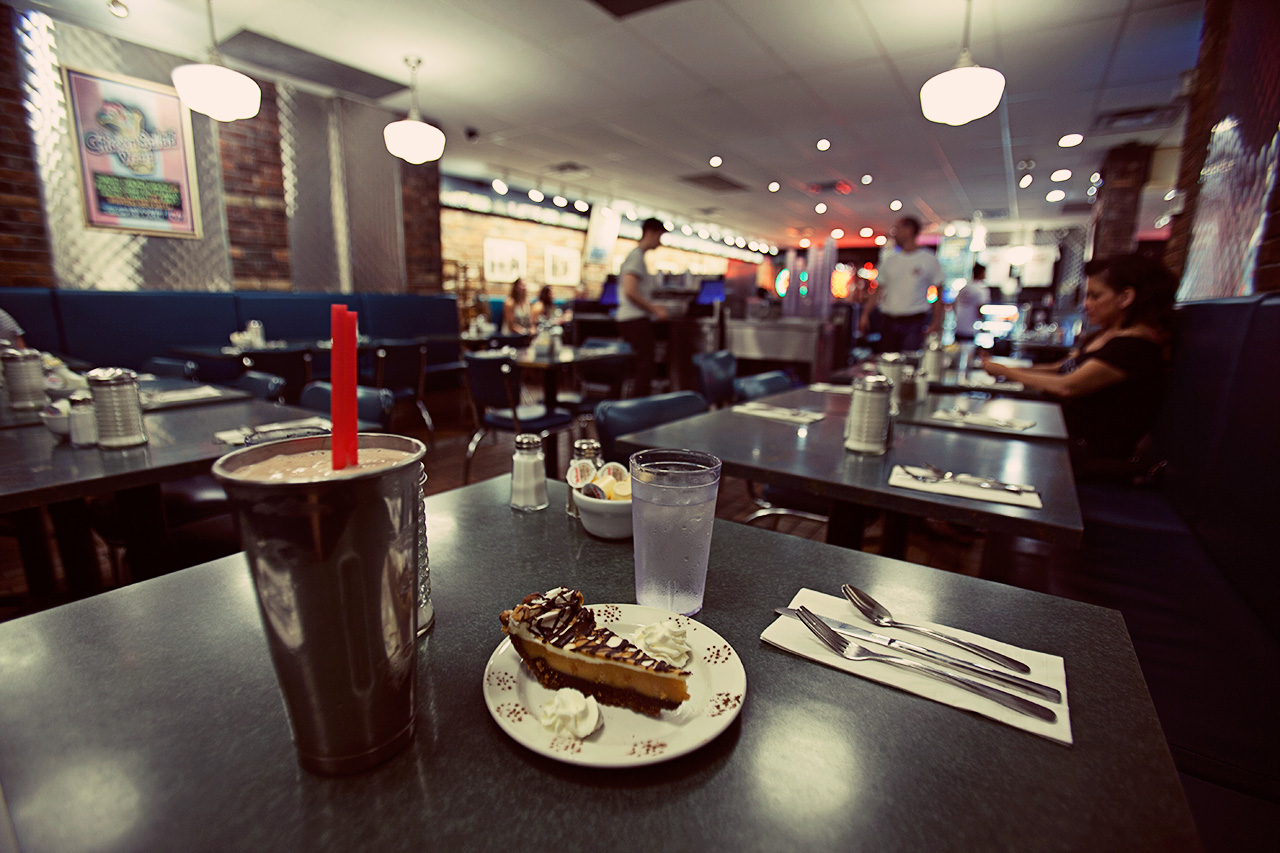 This is our way of escap­ing the reg­u­lar lives we lead, before catch­ing up on enough sleep to beat morn­ing rush-hour on the way home, and back to anoth­er day of real­i­ty. No one told us about the roles we had to play as adults, or the respon­si­bil­i­ties that come with it. To com­bat signs of aging, share onion-bacon pou­tine, choco­late-banana milk­shakes, and a slice of peanut-but­ter cake every now and then. Just an hour here is plen­ty, as long as it’s done on a reg­u­lar basis.

When we’re fend­ing off exhaus­tion to spend one more moment in each oth­er’s com­pa­ny, shar­ing food we should­n’t eat and words we should­n’t say, I know I’m the only one she wants to be with there. It’s more proof to me than the things she writes and the rit­u­als we share. So many peo­ple take that kind of unspo­ken faith for grant­ed, but it’s still new to me, and I’m learn­ing how much I need to be spe­cial to some­one.