Julia asked me how long I’d been spend­ing Christmas at their house. We fig­ured out this was the sev­enth year, cause I have pic­tures of Ginger from 2005, before she died. I can’t say I remem­ber each Christmas dis­tinct­ly, aside from a few extra faces and occa­sion­al make­outs that cause some to stand out more than oth­ers. It’s strange to think that I’ve known Braiden for more than half his life. I per­pet­u­al­ly think of him as being sev­en. 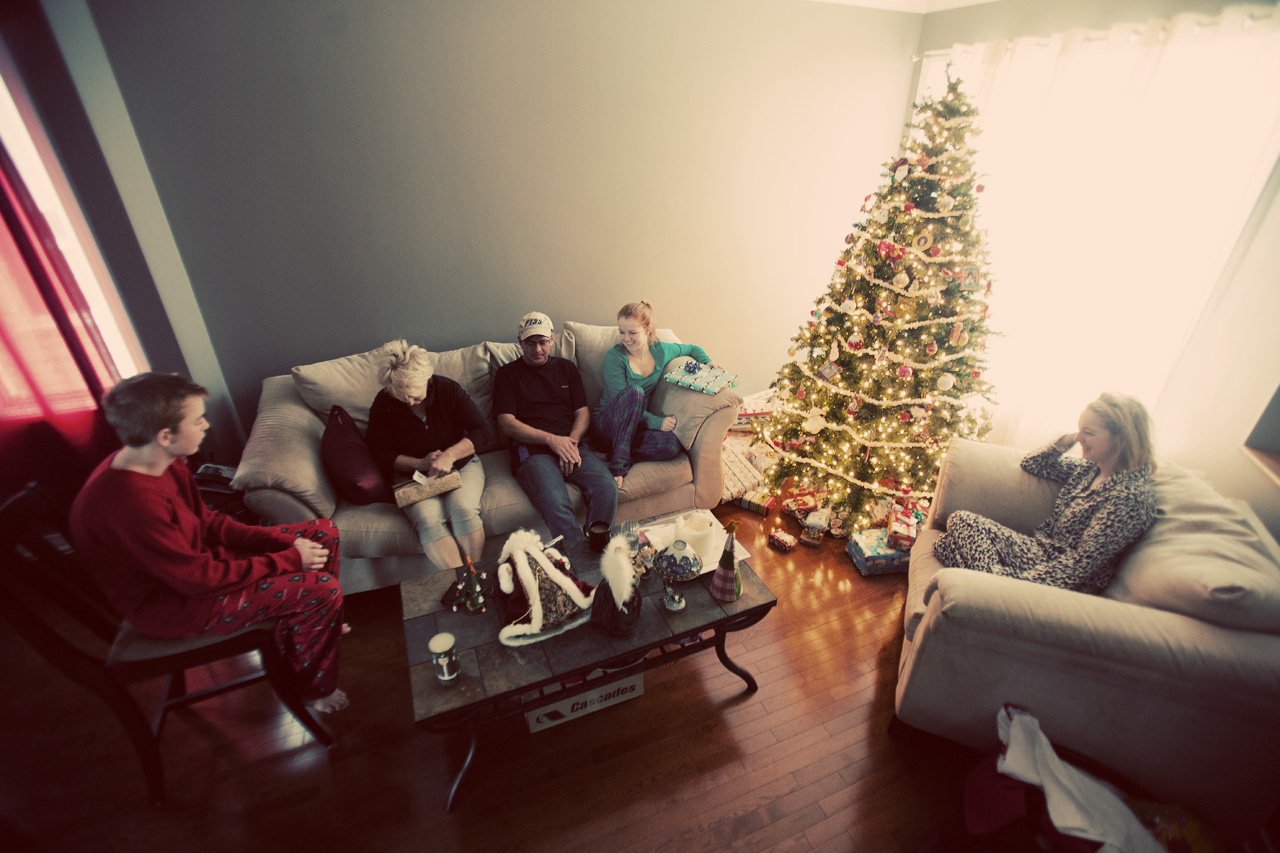 The kids are get­ting old­er, no longer up at 5am and anx­ious­ly wait­ing by the presents until they’re allowed to wake up the par­ents. The idea of Santa has long been dis­pelled. Braiden’s giv­en up being a cen­tre for goalie, lost his post-sea­son scruff cut, and at 13 is only an inch short­er than me. Nicole’s done most of her grow­ing and will be legal in four months, but at the age where she’s still some­one’s daugh­ter instead of her own woman. Julia’s sport­ing a new voice and pierc­ing, but has kept all the sass that comes with being the mid­dle child.

It’s a hec­tic house­hold with­out airs or for­mal­i­ties. You’ll see some­one draped on a sofa in every room, or hear some­thing hap­pen­ing on every floor. One per­son is often done eat­ing before every­one has fin­ished serv­ing them­selves, yet you’ll nev­er feel the need to do more than find an appro­pri­ate blan­ket. With such an uncon­cerned atmos­phere, I always feel right at home. 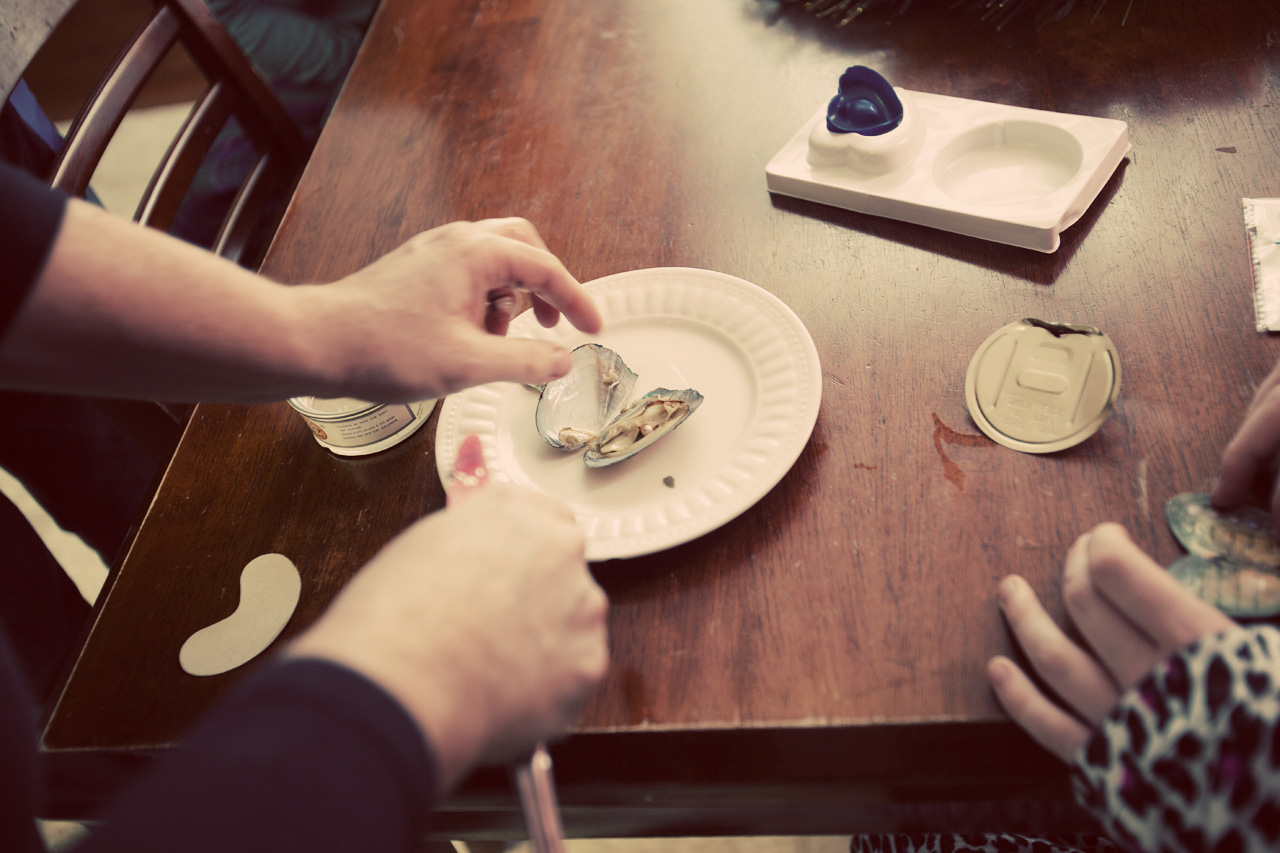 A “Lucky Pearl” neck­lace, that comes with an actu­al oys­ter in a tin that must be shucked to get the pearl. I have no idea what to think of this.

This is the only day of the year that I fol­low any kind of tra­di­tion. Here it’s nev­er for the sake of tra­di­tion itself, but rather because so many things take more time than can be afford­ed until the hol­i­days. Every year these tra­di­tions include:

Even Snoopy gets a dol­lop of cream cheese and occa­sion­al slice of bacon, but now he’s so spoiled that he turns his nose up at the turkey. 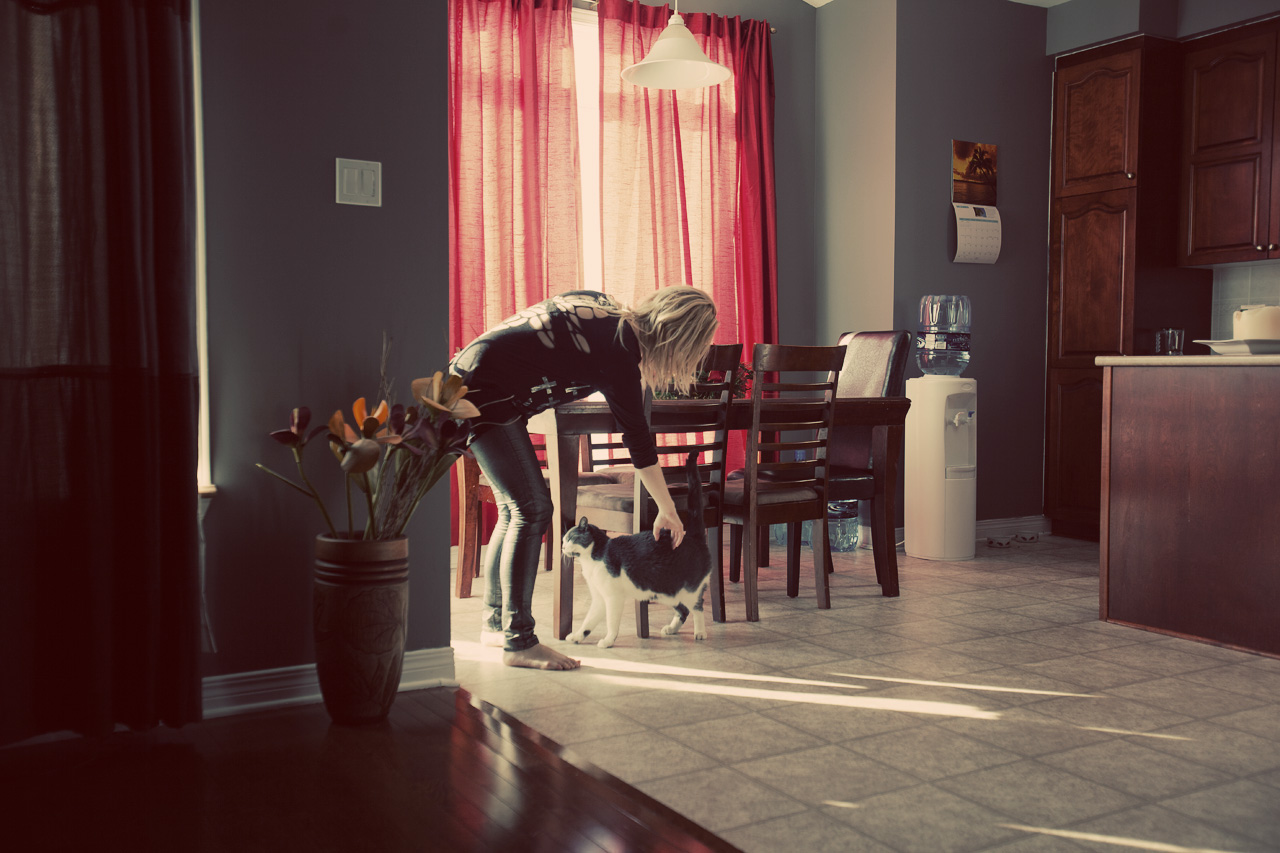 Nicole usu­al­ly wears her favourite new clothes through­out the day, and Snoopy begs for the back door to be open so he can take in the win­ter air.

Shirley went all out and bought me $60 worth of assort­ed green and herbal teas, which is insan­i­ty from a per­son I see only once a year. One of these is a lime gela­to blend that includes apple pieces, pineap­ple, lemon­grass, lime yogurt, and sen­cha green tea, and with a lit­tle hon­ey it’s like a delight­ful hol­i­day stereo­type in a mug.

She’s the only per­son I see at Christmas, and so the only per­son with whom I do any sort of gift exchange. Every year she asks me what I want, which means admit­ting that she does­n’t know me well enough to know what to get me, but is also say­ing that she’d nev­er let some­thing like that stop her from being kind. 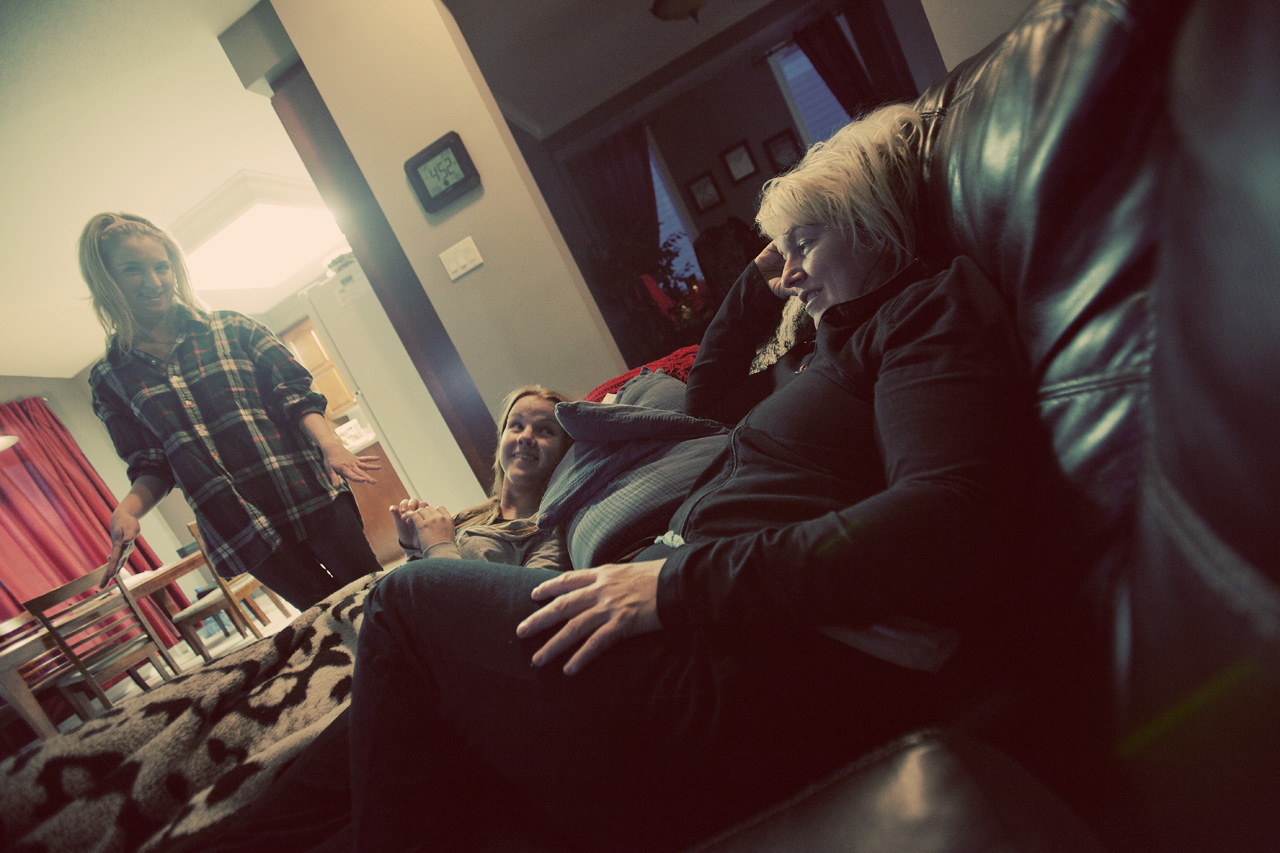 Our usu­al spots on the couch. Obviously, Julia is the spit.

It only takes us a few min­utes to catch up on a whole year. Lots of things have hap­pened, but lit­tle has changed. It’s the same old con­flict, the same old love sto­ry, the same old dra­ma, the same old lives. We are who we are already, and we don’t need to go any deep­er than that to enjoy each oth­er’s com­pa­ny when we only get to see each oth­er once a year.