I’m sit­ting on my chaise in the dark, Macbook Pro in lap, cur­tains open to the snow out­side. Every now and then, the wind catch­es a loose patch of snow, and it sounds like sand drag­ging along the ground out­side. If you close your eyes, it’s like you’re sit­ting on a beach at low-tide under a night sky.

I haven’t done this in a while.

The show is over. There’s sup­posed to be one more inter­view next week, but at least I can breathe now. I’ve final­ly had time to clean the house, which is prob­a­bly why I feel com­fort­able enough to write.

There are icons for movies on my desk­top, ones I’ve start­ed watch­ing but haven’t fin­ished, because I haven’t been able to emo­tion­al­ly invest in them. I did, how­ev­er, get a chance to watch Cidade de Deus which is the best movie I’ve seen in months, and Constantine, pure­ly for the Tilda-Swinton-as-angel fac­tor. 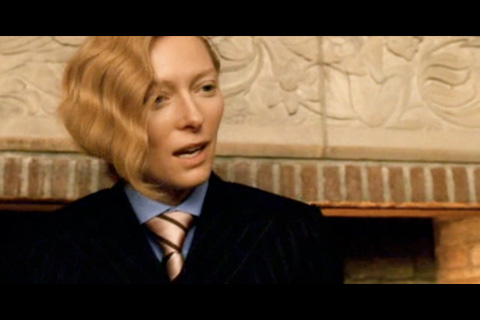 I real­ized that I like girls who look like boys. I hope this does­n’t mean I’m gay.

On a sticky, I seem to have writ­ten “a small pair of skis”. I don’t remem­ber doing this, or what for. There’s also a phone num­ber there with no name. I want to call the num­ber to find out who it is, but I’d just hang up if some­one answered and that’d be rude.

But right now, I should real­ly be in bed.