Ah, res­i­dence. The first year of uni­ver­si­ty, the first year away from my par­ents, and my first year in Ottawa. Also, the year I was intro­duced to Fear Factory, Dream Theater, and Refused.

I found these old pic­tures while orga­niz­ing my pic­tures fold­er. Boy, do they take me back. 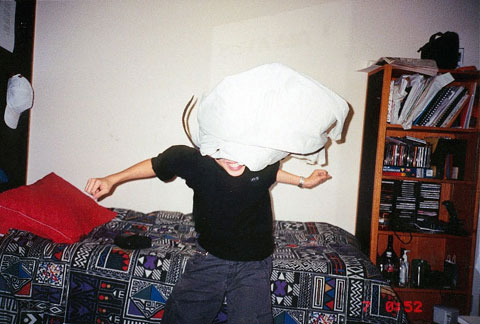 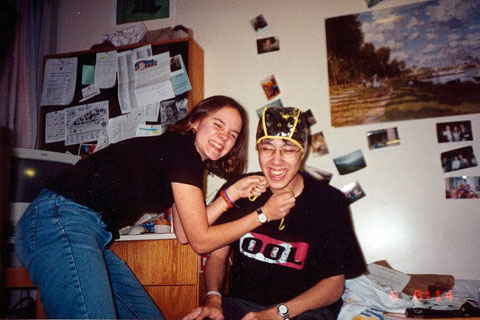 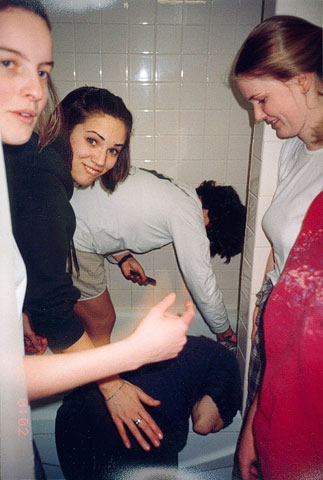 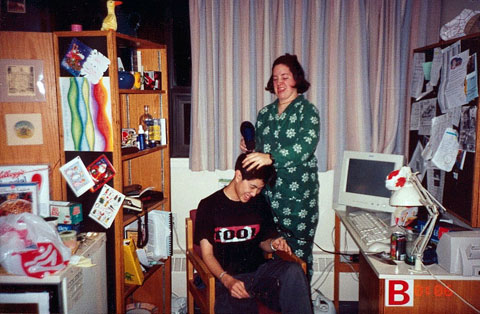 Or how about these ones, where the girls agreed to give me red chunks, back when I was obvi­ous­ly in my Tool phase. Nadine mis-read the instruc­tions, mixed the wrong chem­i­cals, and it came out all sparse.

Pita took these pho­tos, got them print­ed, and scanned them. Dated ’99. Sure they aren’t great. They’re dark. They’re grainy, tak­en with a cheap film cam­era. But they’re still unfor­get­table mem­o­ries, and it gives them a cer­tain dat­ed style. Makes me wish I had a tak­en some pic­tures myself. 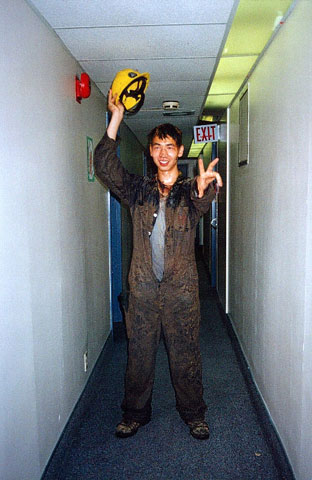 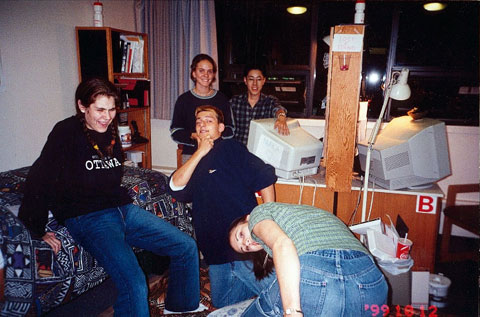 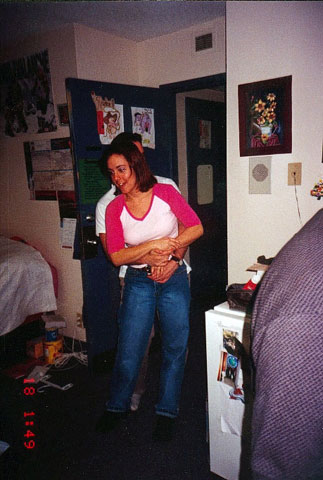 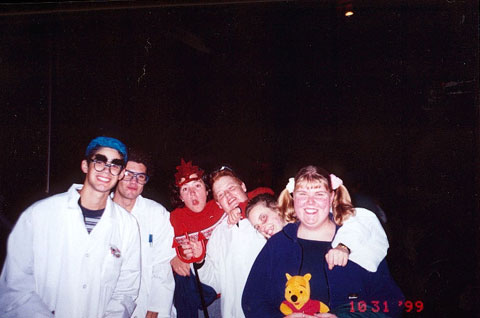 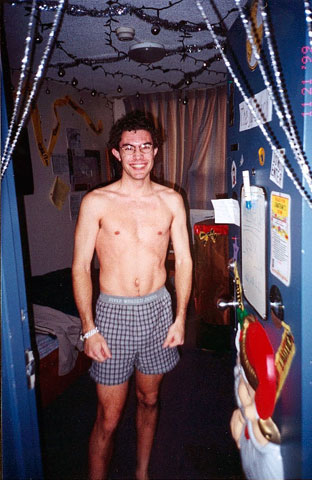 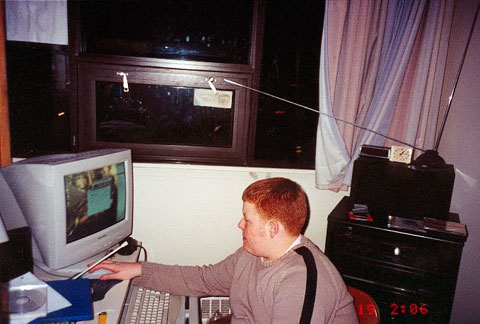 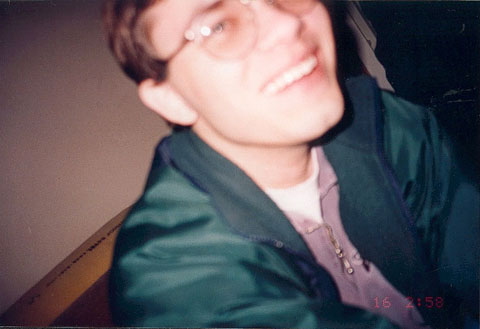 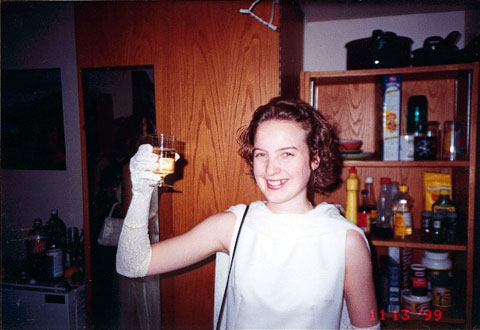 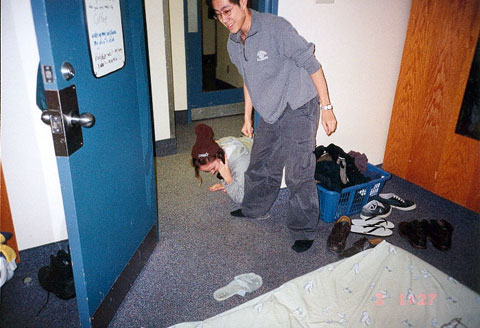 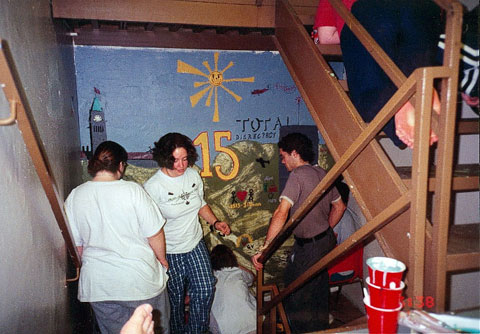 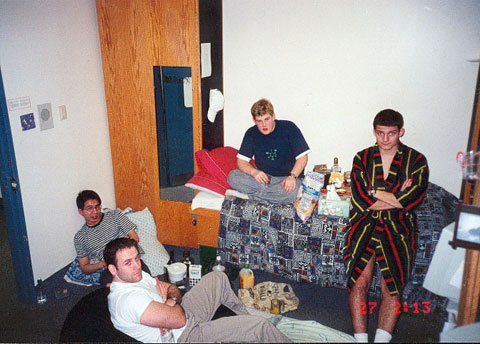 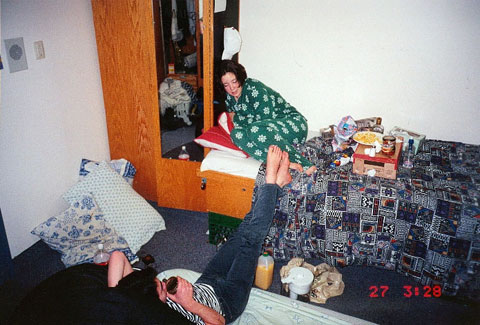 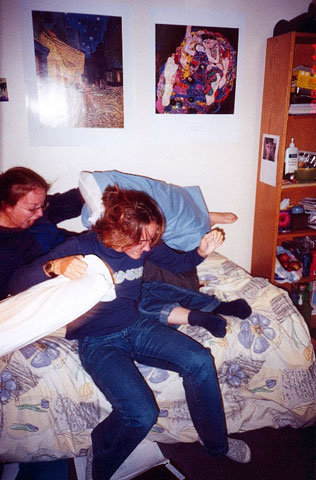 I miss res­i­dence. A lot. As dif­fi­cult as it was to be social, it was fun to be mixed in with so many new and dif­fer­ent peo­ple.